QPR captain Joey Barton admitted his performance in last night's win against Liverpool was the worst of his career - but hit out those that booed him at Loftus Road.

"I was awful tonight," Barton said via his Twitter account. "Worst I've ever played in my career.

"But we WON.......and that's the most important thing. Onwards and upwards.

"Disappointed with fans booing, were [sic] meant to be in it together.

"They won't break me, guaranteed. I've been through much worse.

QPR manager Mark Hughes was asked about the reception Barton received in the post-match press conference, although he claimed not to have noticed it.

"I was not aware of that," the Welshman said. "Joey was not having the best of times.

"It was unfortunate that maybe a few felt the need to possibly boo him, but Joey is very strong as we all know.

"He won't let it affect him and he will play a big part in what we do from now until the end of the season.

"Tonight was not his night, but there will be other nights."

Hughes was keen to focus on the game itself, where Sebastian Coates' superb scissor-kick and a Dirk Kuyt effort put Liverpool 2-0 ahead.

Kenny Dalglish was stunned by QPR's comeback and thought the hosts received the luck that eluded them last week when Clint Hill had a goal wrongly chalked off at relegation rivals Bolton.

"I don't think anyone saw it coming," Dalglish said.

"The way we started the game was fantastic, the passing and the movement - the only thing missing was in front of goal.

"You didn't even see them getting a goal. Maybe the luck they never got at Bolton, they got it tonight with a last-minute winner.

"I don't have any answers. We dominated the game. We were really creative, thoughtful and professional but they have walked away with three points." 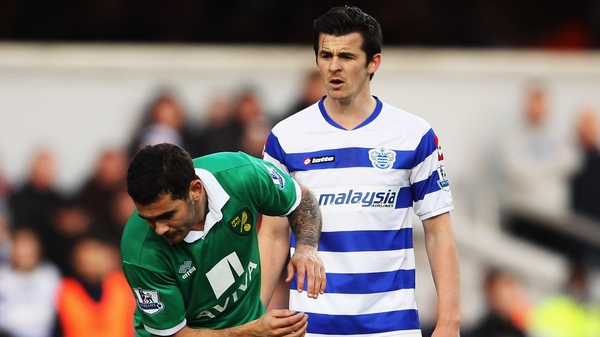