Falcao grabbed the only goal as Porto captured the Europa League at the expense of Portuguese rivals SC Braga at the Dublin Arena on Lansdowne Road.

The Colombian striker headed in Fredy Guarin's cross just before the break to grab his 17th goal of the competition.

Braga showed little attacking threat in the opening half and although they improved after the break, they failed could not level matters.

They were clear underdogs coming into the game and the best side on the night collected the trophy from UEFA President Michel Platini.

Falcao gave a glimpse of why he is one of the most coveted players in Europe as he found the net with his side's only attempt on target. In a tight game of few clear-cut chances, his prowess proved crucial.

The goal earned him the official UEFA man of the match award. In truth, there were more deserving candidates, but goals win games as the cliché goes.

It is his header that will live in the memories of Porto fans as they saw their side lift a third European trophy in nine seasons.

The victory means Andre Villas Boas becomes the youngest coach to lift a European title at the age of 33.

Europe's richest are expected to come calling for his signature, but he may choose to stay on to emulate Jose Mourinho in adding a Champions League title to a Europa League trophy.

With Dublin hosting its first major European final in the revamped Lansdowne Road some fans may have wanted to see higher-profile teams in action.

However, the locals among the 45,391 in attendance were revelling in carnival atmosphere created by the fans that had travelled north from Portugal.

The final was overshadowed by political events elsewhere in the city, but it was a great spectacle if not a great game of football.

Both sides had chances inside the fist seven minutes, however -Braga's Custodio and then Porto's Hulk failed to find the target.

Porto were looking the more threatening of the two sides, with Hulk, in particular, causing problems for left-full Silvio.

Braga response's was to put the striker's name to the test, as the Brazilian was on the end of several strong challenges, two of which saw Hugo Viana and Silvio booked.

The pace of play slowed, mostly due to Braga's tactics of trying to contain Porto and hit them on the break.

Porto's dominance in possession was clear, yet Varela's misjudged header from Guarin's on the half hour was all they had to show for it until the stroke of half-time.

Falcao had been well marshalled by Paulao for the first 44 minutes, but the defender paid the price for his one error in the half.

Braga were now forced to change tactics to get back into the game and they introduced Mossoro and Kaka at the break.

It almost paid immediate dividends as Mossoro robbed Otamendi and raced through on goal. Helton saved his defender's blushes by blocking the substitute's scuffed shot.

Braga were livelier after the break and Domingos Paciencia's last throw of the dice came in the shape of substitute Albert Meyong, although he proved ineffective.

Porto's Cristian Sapunaru was perhaps lucky to stay on the field when managed to avoid a second yellow card for a foul on Silvio.

The increased frequency of whistles from referee Carlos Velasco Carballo disrupted the flow of the game, with both Mossoro and Kaka getting booked.

Porto did not sit back on their lead and substitute Fernando Belluschi almost put the cap on the victory when his shot clipped the stanchion behind Artur's goal late on.

Braga pushed desperately for a late equaliser, even involving Artur in late attack, but they could not make the breakthrough.

At the final whistle, it was the fans and players in blue and white who were celebrating, as Porto claimed their fifth European trophy and a second title in this competition. 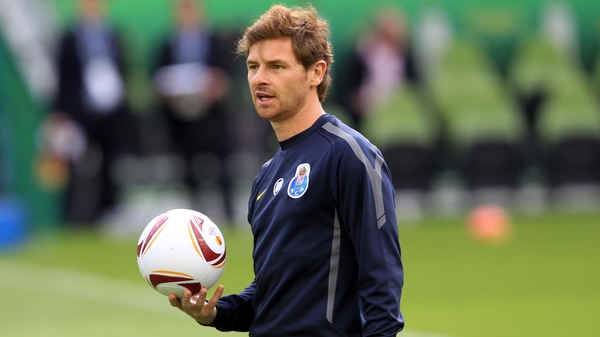