Andre Villas-Boas has a golden opportunity to underline his reputation as the new 'Special One' when his Porto team face Braga in an all-Portuguese Europa League final in Dublin.

Villas-Boas has only been in charge of Porto for a year and is already regarded as the brightest young coach to emerge in Europe since Jose Mourinho earned his stripes at the same club almost a decade ago.

Comparisons between Villas-Boas and the Real Madrid coach have more substance than just their early career path as the 33-year-old learned much from Mourinho during his time as the original Special One's opposition scout at Porto, Chelsea and Inter Milan.

Villas-Boas - who has since fallen out with his mentor - could enjoy an even more meteoric rise than Mourinho judging by the amount of covetous glances he has received from some of the world's biggest clubs.

His team wrapped up the league title without losing a single league game - only the second club ever to do that in Portugal - and established domestic records for the most consecutive wins and points in a season in the process.

Porto also face Vitoria Guimaraes in Portugal's Cup final this weekend and are heavy favourites to finish a memorable campaign by winning the Europa League.

That could be the defining moment for Villas-Boas.

Mourinho burst onto the global stage by inspiring Porto to a 3-2 victory over Celtic in the 2003 UEFA Cup final - the Europa League's previous guise - and Villas-Boas's stock would rise even higher if he could emulate that achievement and become the youngest coach to win a major UEFA competition.

However, just because the likes of Chelsea, Juventus and Roma are eyeing a coach who has a higher win percentage at Porto than even Mourinho managed, it doesn't mean they will get their man just yet.

'My future, as you know, is completely linked to Porto,' he said recently. 'I do not know of any official interest from other clubs.'

Although Villas-Boas never played for a professional club, he has been involved in the game at the highest level since he was a teenager after earning a role on Bobby Robson's coaching staff at Porto in 1994.

Then just 16, Villas-Boas wrote to Robson to protest about his decision to leave one of the club's strikers on the bench and his raft of statistics so impressed Robson that he offered him a trainee position coaching the youth team.

Spells in charge of the British Virgin Isles, aged 21, and Academica sandwiched his lengthy spell as Mourinho's scout before he took charge of Porto in 2010.

Villas-Boas has encouraged his players to express themselves in a more attacking system than the one employed by Mourinho, with the form of prolific strikers Hulk and Falcao - who has scored a record 17 goals in the Europa League this season - key to their bid to beat Braga.

Standing in Villas-Boas's way at the Aviva Stadium is 42-year-old former Porto player Domingos Paciencia, who will be taking charge of his last game with Braga.

Braga, whose only major silverware was the 1966 Portuguese Cup, finished a massive 36 points behind Porto in the league and are playing in their first European final.

Yet Villas-Boas refuses to write off a team who defeated Arsenal in the Champions League group stages this season and beat Liverpool and Benfica in the Europa League.

'Being the first Portuguese final it brings something special to the game. Both teams know each other very well but anything can happen in the game,' Villas-Boas said.

'I think it has nothing to do with what happened in the league and it's a challenge that is very difficult for us.'

Paciencia agrees that Braga should not be underestimated and he added: 'My side goes into every game determined to succeed.

'They simply do not give up and this has helped us go all the way to the final.'

In Pictures: Europa League build-up
View a selection of images from the Aviva Stadium ahead of the Europa League final, where FC Porto take on Braga. 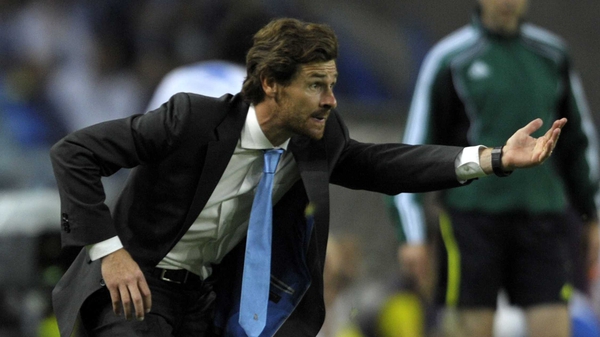