Alex Ferguson might have given Darron Gibson a public assurance that his Carling Cup final place is secure, but the Irish international is not building his hopes up just yet.

As an ever-present in Manchester United's run to Wembley, where they will face Tottenham Hotspur on 1 March, Gibson was always likely to be involved.

And, according to Ferguson, his impressive performance in the FA Cup win at Derby yesterday, when he scored his second goal of the campaign, sealed it.

However, until Gibson sees his name on the United team sheet, he will be taking nothing for granted.

‘The Carling Cup has been good for me this year so fingers crossed I will play in the final, but the manager has not told me anything yet,’ said Gibson.

With the protracted wrangle over his international destiny now resolved, the Derry-born midfielder has been able to concentrate solely on his playing career.

An unused substitute in the Republic's comeback World Cup win over Georgia at Croke Park last week, Gibson has a maturity that impresses Giovanni Trapattoni.

At 21, Gibson also still has time on his side to make it at United.
After an impressive loan spell at Wolves last term, Gibson has now made 10 appearances this season, including a Premier League debut against Stoke, with yesterday's impressive display coming in his preferred central midfield spot.

‘I don't mind playing on the right but central midfield is my proper position,’ he said.

‘I feel more comfortable in there but to be honest, I am just happy to be on the pitch.

‘In training I have been working on trying to get into the box and having a few more shots. I am glad I scored but the main thing is we got through.’

With United's season continuing to progress on every front, Gibson can expect plenty of first-team exposure in the coming weeks.

Apart from the Carling Cup showpiece, a place in the FA Cup quarter-final at either Fulham or Swansea a week later can also be anticipated, while Ferguson may also look to maximise his squad in Premier League games once the Champions League holders resume the defence of their trophy against Inter Milan next week.

‘We have a great squad,’ observed Gibson.

‘The young players are coming in, doing well and taking their chances so, if everything goes our way, we can go all the way.’ 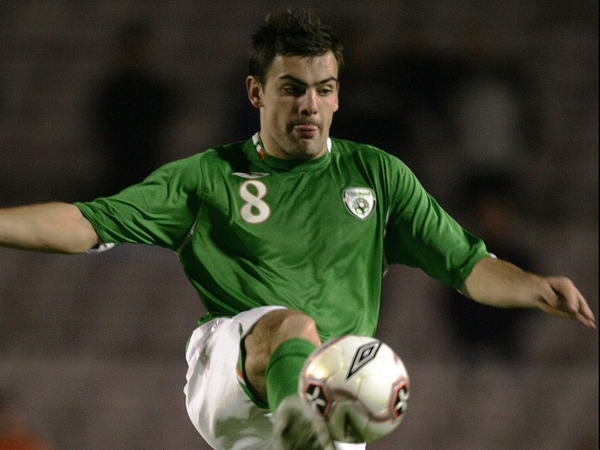 Gibson excited by trip to Wembley