But the real price of a likely meeting with Tottenham will be assessed in the treatment room as Ferguson assesses injuries picked up by Rafael and Jonny Evans - part of an already depleted defence - and Nani and Anderson, who departed on a stretcher after the final whistle.

Ferguson paid a warm tribute to Nigel Clough in his programme notes and there might have been something more for the Derby boss to cheer had Martin Albrechtsen been on target with a dipping 25-yard strike.

Ben Foster, surprisingly preferred to Tomasz Kuszczak in the battle of United's stand-in keepers, was well beaten but the effort flashed narrowly wide.

It proved to be the only chance Derby would have to extend the lead in front of their 10,000-strong travelling army before the hosts took a grip of the contest.

Nani has attracted plenty of critics for a disappointing second season at Old Trafford, with some believing Zoran Tosic has been bought from Partizan Belgrade to effectively usurp the Portugal international.

But if he is not quite Cristiano Ronaldo, Nani is capable of flashes of genius, one of which he put United in front with.

Offered far too much space to run at the Derby defence after collecting Anderson's pass, Nani galloped 30 yards and then unleashed a curling shot that former United goalkeeper Roy Carroll could only push further into the corner.

With only 15 minutes on the clock, it was an ominous sign for Clough.

And his worst fears were soon realised as the kind of ridiculous mistake that got Paul Jewell the sack reared its head as Danny Welbeck slipped a pass through to O'Shea.

The Derby defence appealed for offside in unison, including Gary Teale, who had been standing half a yard behind the Irishman when Welbeck played the pass.

O'Shea may be a defender but his prowess in front of goal is well known and he calmly beat Carroll.

Tevez added a close-range third, powering home a header after Rafael had supplied the perfect inswinging cross to emphasise the hosts' superiority as they obliterated Derby's gains from a fortnight ago.

It was a completely different United team to the one that was so woeful at Pride Park when Ferguson admitted they were fortunate to be still in the tie.

Rafael was one of the men transformed. When he darted onto Ryan Giggs' perfect return pass, all the Brazilian needed was a first-time finish to convert a truly memorable move.

Disappointingly, he crashed his shot into the side-netting.
Unfortunately for the Brazilian, he limped off shortly afterwards, and United's defensive problems increased when Jonny Evans also sustained an injury 18 minutes from time that left him limping badly.

Derby took Evans' lack of movement as the cue to have one final assault on the United goal and it was no surprise the Northern Ireland defender was the man to upend Green, allowing Barnes to tuck home the penalty that left United with 11 minutes to hold on.

As Ferguson had introduced James Chester for his debut by that stage and Evans was not running freely, the Red Devils decided attack was their best form of defence.

Carroll produced a fine double save to deny Ronaldo and Nani, but when he brought down Tevez on United's next attack, Ronaldo ended a domestic scoring drought stretching back to November 15 from the penalty spot.

But as Nani limped off and Anderson ended the contest hobbling badly, it was hardly an unqualified success for the home side even before another Barnes consolation. 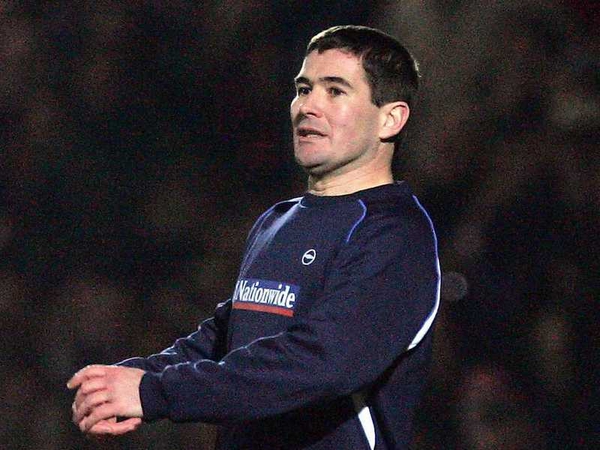