Once again, the Clough family is 90 minutes from Wembley after Derby County outplayed Manchester United at Pride Park in their Carling Cup semi-final first leg tie.

Once again, the Clough family is 90 minutes from Wembley.

After four triumphs in the competition for the legendary Brian, now it is Nigel's turn to take the Carling Cup by storm.

Derby's new manager has not even taken official charge yet. But he will have done by the time the Rams head to Old Trafford for a second-leg meeting with Manchester United in a fortnight, looking to defend the priceless advantage Kris Commons gave them with his 30th-minute winner.

It might have been more convincing too as Clough watched on from the stands, with Rob Hulse wasting a glorious chance near the end after Tomasz Kuszczak had pushed another Commons effort into his path.

Not that a capacity crowd were complaining as they celebrated a famous win on a night when the son of their most famous manager must have felt the footballing gods really were smiling on him.

Although Clough's only involvement was a wave from the directors' box when he was formally introduced just before kick-off, the appointment, whether it be the family name or just a new man to impress, had a galvanising effect on Derby.

Much like Manchester City, 'going down with a billion in the bank' according to the Red Devils faithful, against Nottingham Forest at the weekend, United suddenly found a famous East Midlands club punching above their weight rather than below it.

Derby carved out all the best early chances.

Steve Davies must have thought he would score when, after Kuszczak had saved his initial close-range shot, he met the rebound with venom, only for stand-in captain Nemanja Vidic to slide in and make a magnificent block.

Rio Ferdinand was one of the team-mates Vidic was standing in for and the England defender's presence was being badly missed, mainly for his skills at organising those in front of him.

When Vidic strained to head away from the penalty spot, Mile Sterjovski was given far too much room to line up a volley which was flying towards the bottom corner when Jonny Evans stuck out a leg to turn it away.

With the opportunities came the confidence Clough needs to instil in his players on a more consistent basis as Derby began to string passes together and United continued to struggle.

There was a brief interlude, during which Paul Scholes screwed a couple of long-range efforts wide before John O'Shea, racing onto Nani's return pass, flicked an intelligent shot which would have had former team-mate Roy Carroll in trouble if Paul Green had not been on hand to turn it away.

But largely it was Derby dictating the game, Derby who looked more assured. United making all the unforced errors.

So it was no surprise and certainly well deserved when Commons struck.

United did not heed the earlier warning about giving opponents too much room and failed to close the Scotland international down as he collected Sterjovski's short pass.

With the visitors having invited the shot, Commons obliged by drilling a low effort into the right corner that gave Kuszczak no chance.

Little was seen of Carlos Tevez, whose Old Trafford future has been a major subject of interest over the past few days.

But the biggest disappointment was Nani who, since the arrival of Zoran Tosic from Partizan Belgrade last week, has the most pressing need to impress.

A speedy charge out of his area by Carroll prevented the Portugal wing man seizing on a loose ball at the start of the second half. But entrusted with set-piece duties, Nani wasted the lot.

Danny Welbeck when Ferguson cashed in his hefty insurance policy after 63 minutes and brought on Wayne Rooney and Cristiano Ronaldo.

Not that it changed much as Davies flashed a shot narrowly wide.

Ronaldo did the same at the other end, by which time Michael Carrick had been introduced as well, in time to see the brilliant Portugal winger send a free-kick whizzing just past Carroll's post.
But if that was a near thing, Derby came even closer 10 minutes from time as Kuszczak pushed away Commons' low shot.

To be fair to Hulse, the rebound came at him lightning fast. Yet if the striker had only been able to keep it down rather than scoop it over, the Clough family really would have had reason to rejoice. 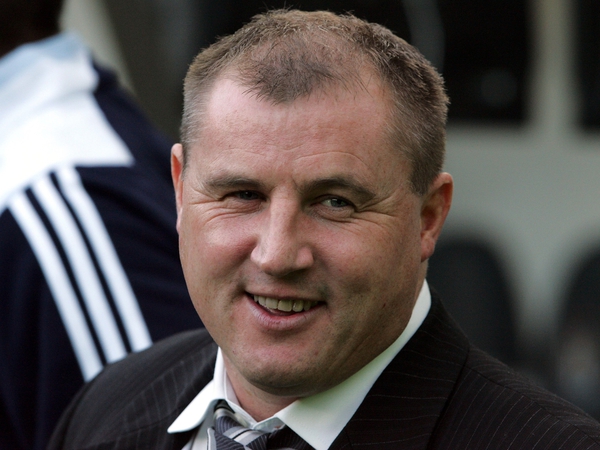