Relieved Manchester United boss Alex Ferguson admitted his side were lucky to escape with a 1-0 Carling Cup defeat at Derby last night.

United slid to a shock reverse against the Championship outfit in the first leg of their semi-final.

It gives United a major job to complete at Old Trafford in a fortnight if they are to book a final appearance - almost certainly against Tottenham - at Wembley on 1 March.

But, as far as Ferguson is concerned, at least United can still get there, Derby's wastefulness offering a reprieve the Scot is certain his side will take full advantage of.

‘We could have lost by more,’ admitted Ferguson.

‘We were lucky. We were so bad that Derby will rue the fact they didn't score more.

‘In any semi final you hope to give yourself that breathing space.

‘But we expect to recover a 1-0 deficit against anyone at Old Trafford and I am sure we will.’

United's first defeat in 15 matches was certainly better coming against Derby than Chelsea, who tackle the Red Devils in a crucial Premier League encounter on Sunday.

And, as Ferguson acknowledged, Nigel Clough's presence may also have been a major influence even though the new Derby boss was only watching from the Pride Park stands.

‘It happens so many times historically, there is no rhyme or reason to it,’ he said.

‘A few years ago we played West Ham and Alan Curbishley had just taken over and they beat us 1-0. It is a strange thing.’

In a sense, Clough was avenging a family defeat given Ferguson's United beat Brian's Forest in the 1992 Final.

The odds remain on Ferguson to emerge victorious this time too, although, in a packed month, the Scot faces a tricky decision over his selection for the second-leg.

Cristiano Ronaldo, Wayne Rooney and Michael Carrick came off the bench last night, although it was youngsters Darron Gibson and Daniel Welbeck who received most praise and an assurance over their place for the decider.

‘Darron Gibson was one of our best players and he deserves his place. The younger ones will play again.’ 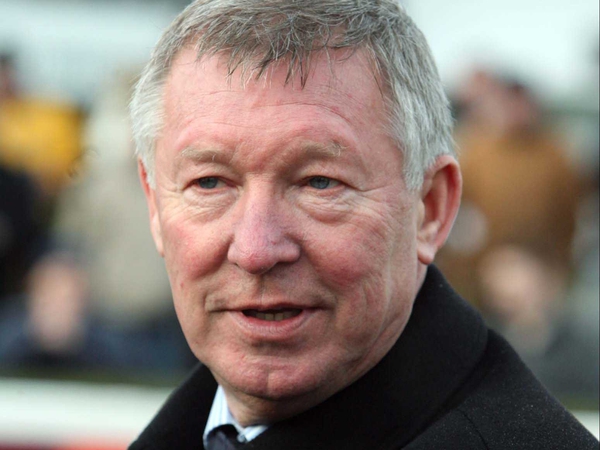