League Cup holders Tottenham showed no signs of wanting to relinquish their trophy as Darren Bent came off the bench to secure a 2-1 win over Watford in the quarter-finals.

But Roman Pavlyuchenko equalised from the penalty spot just before half-time and Bent snatched the winner when his near-post effort caught out Watford keeper Scott Loach with 14 minutes to play.

For the third successive season Tottenham have reached the semi-finals and Redknapp, who took Portsmouth to FA Cup glory at Wembley last season, is on course for a return to the stadium with his new club.

Watford's new manager Brendan Rodgers was hired by Jose Mourinho as Chelsea's youth team coach during the Portuguese's time at Stamford Bridge. But even pre-match text messages from the 'Special One' couldn't help Rodgers mastermind a cup shock in his second game in charge.

Those changes left Tottenham stuck in a lethargic stupor in the early stages. Watford are no strangers to the latter stages of cup competitions after reaching the semi-finals in both the League and FA Cup in recent years.

They seized the initiative and Tommy Smith tested Heurelho Gomes with a long-range effort. It was a warning Tottenham failed to heed as the hosts took the lead in the 13th minute.

Jon Harley started the move by tackling Aaron Lennon and racing forward. His pass picked out Smith, whose cross found Priskin with his back to goal and the Hungary striker turned to shoot low past Gomes.

That finally sparked Tottenham into life and Loach saved at full stretch from Lennon, then kept out the winger's clever chip moments later.

Pavlyuchenko took advantage of a mix-up between Leigh Bromby and Jay DeMerit to smash a fierce strike off the crossbar.

But the Russian didn't have to wait long for a goal as Jenas was fouled by Ross Jenkins in the penalty area on the stroke of half-time and Pavlyuchenko stepped up to slot past Loach and maintain his record of scoring in every round.

Jenkins almost made amends for giving away the penalty soon after the restart when he shot from the edge of the area, only for Dawson to block bravely.

As the second half degenerated into an ugly scrap, Redknapp responded by replacing Campbell with Bent and the England striker got the decisive goal in the 76th minute.

Liam Bridcutt, on loan from Chelsea, won the ball with a challenge on Lennon but it deflected to Bent rather than a Watford player and his low shot crept past Loach at the near post for his first goal in five matches. 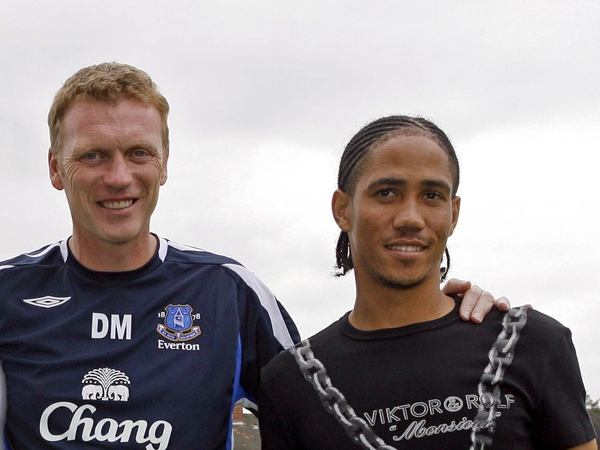