Pienaar caused a delay at the start of the second half as he was wearing the wrong shirt - then six minutes after the restart he found the back of the net when his shot cannoned in off Vedran Corluka.

It was Everton's third win in a row at White Hart Lane and also meant a first home defeat for Spurs boss Harry Redknapp.

Both sides have aspirations of challenging the top four, but Spurs, despite Redknapp's honeymoon period, are still in the thick of it at the wrong end.

Moyes, meanwhile, has Everton fans looking towards the top of the table after a performance where they bounced back from last week's defeat to Wigan by packing the midfield and looking to break.

It made for a cagey contest, where chances were difficult to come by. During a dull opening period, the only significant action of note was an injury to Aiyegbeni Yakubu, who was leading Everton's attack as a lone striker.

Yakubu fell awkwardly following a challenge with Ledley King, denying the Nigeria striker a chance to haunt Redknapp, the manager who gave him his first chance in England when he brought him to Portsmouth from Maccabi Haifa five years ago.

Louis Saha was introduced as Yakubu hobbled down the tunnel with his right boot in his hand - but the substitute's hamstring only lasted until the 70th minute and Victor Anichebe was required.

Tom Huddlestone, who fizzed a drive across Tim Howard's goal, had the first effort of the match, but in general there was a lack of early goalmouth action.

Marouane Fellaini, who had drawn a foul from Benoit Assou-Ekotto that earned the defender a booking, sent in a dangerous cross from the left, which required Heurelho Gomes to parry and Jonathan Woodgate to clear.

Gomes also leapt at Leon Osman's feet to clear, and then saved twice from Fellaini in the same move when the Belgium midfielder unleashed a shot from the edge of the area.

Aaron Lennon then was presented a promising opportunity when Spurs broke, but his ugly finish flashed wide and over the crossbar.

Spurs came closer when David Bentley curled in a free-kick and Phil Jagielka headed just past his own post.

Darren Bent also found room on the edge of the area, latching on to a cross from the left by Assou-Ekotto, but his finish lacked power and was straight at Howard.

When Tim Cahill crossed just before the half-time whistle, Saha was given a free header, but his finish was straight at Gomes, meaning the Brazilian goalkeeper could head down the tunnel with new coach Tony Parks with Spurs still level.

Pienaar delayed kick-off for the second period by wearing Osman's shirt - then within six minutes he was whipping off his shirt when he celebrated the winner.

The South Africa midfielder was fouled by Lennon, with Moyes instructing his big defenders to join the attack - but Mikel Arteta took the free-kick quickly.

Pienaar's shot took a wicked deflection off Corluka to wrongfoot Gomes, then the dreadlocked midfielder wheeled away to celebrate in front of the travelling fans.

Pienaar was in the mood for a second and Gomes had to save his swerving effort from outside the area as Spurs defenders backed off.

Redknapp's response was bringing on Fraizer Campbell for Bent, then Lennon went on a run that ended in a foul and a yellow card for Fellaini.

Bentley put the free-kick into the Howard's defensive wall, with home fans calling for a penalty for handball.

Roman Pavlyuchenko almost levelled when he was found at the near post - but Howard dived sharply to deny the Russia striker. 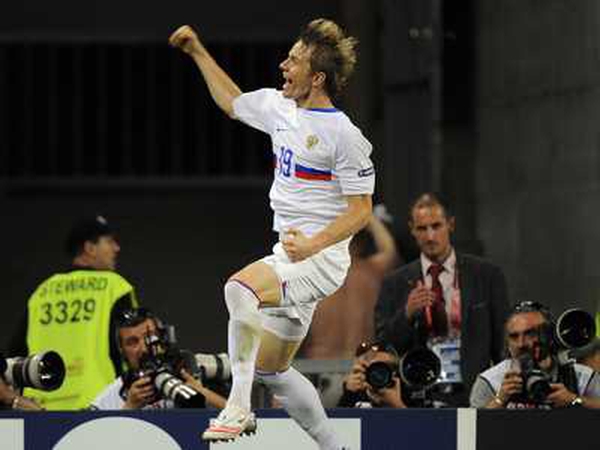