Kevin McDonald steered Burnley into the semi-finals of a major competition for the first time in the 25 years with a superb brace at Turf Moor.

The Coca-Cola Championship team booked their place in the last four of the Carling Cup after showing a young Arsenal side how to finish.

While McDonald rightly took the plaudits, the Lancashire club also had to thank goalkeeper Brian Jensen, who made a string of fine saves to keep his side in front.

Scottish midfielder McDonald scored either side of half-time and there was pandemonium around the old ground after a famous victory.

The match was locally billed as 'Capital Punishment III' after Chelsea and Fulham were put to the sword in previous rounds - and it lived up to expectations.

Yet Arsenal almost took the lead before McDonald made the breakthrough when Fran Merida released Nicklas Bendtner. However Jensen stayed alert and diverted the striker's effort to safety.

Burnley took the lead in the sixth minute after Chris Eagles swung in a superb cross from the right. Arsenal could not clear their lines after goalkeeper Lukasz Fabianski failed to gather the ball.

McDonald took full advantage to score from the edge of the six-yard box to put the the second-tier side in the driving seat - and they never looked back.

Arsenal were stung and Bendtner sprung the offside trap in the ninth minute after a good through-ball from Carlos Vela but Jensen was equal to his effort.

Then Martin Paterson skipped away from Kieran Gibbs but his shot carried little power and the goalkeeper was able to make a comfortable save.

Burnley were dictating the pace against their inexperienced opponents and Robbie Blake tested Fabianski in the 28th minute.

The young Arsenal goalkeeper looked nervous and spilled his effort, only to recover in time and take the ball off Paterson's toes.

Paterson should have extended Burnley's lead when he stole in on the blindside but only succeeded in rattling a shot against Fabianski's body.

Arsenal responded in the 37th minute and Bendtner sent Mark Randall clear with a clever flick. Randall had only Jensen to beat but the goalkeeper stood tall to make the block.

The goalkeeper was again proving difficult to beat after an impressive display in the victory against Chelsea.

It looked as though Vela would equalise in the 41st minute but Jensen cleared the danger.

Merida was also wasteful after 49 minutes when he weaved his way into the penalty area but failed to test Jensen, dragging his effort wide.

Burnley extended their lead in the 57th minute with McDonald again showing a cool headed when needed.

Randall was caught napping when Eagles delivered a throw-in and McDonald raced clear before curling a delightful shot into the far corner with the outside of his right boot.

This was an uphill task now for Arsenal and Wenger responded by bringing on Jay Simpson for Jack Wilshere in a bid to turn things around.

Simpson had shown his potential in the last round with a brace in the victory against Arsenal.

However, Paterson should have made it 3-0 in the 65th minute only to send a soft header into Fabianski's arms following a cross from Blake.

Burnley were happy to knock the ball around and keep possession but Arsenal still looked dangerous going forward.

Bendtner should have pulled a goal back with three minutes remaining but the striker failed to capitalise on a good ball from Vela to put the seal on a miserable night for the Gunners. 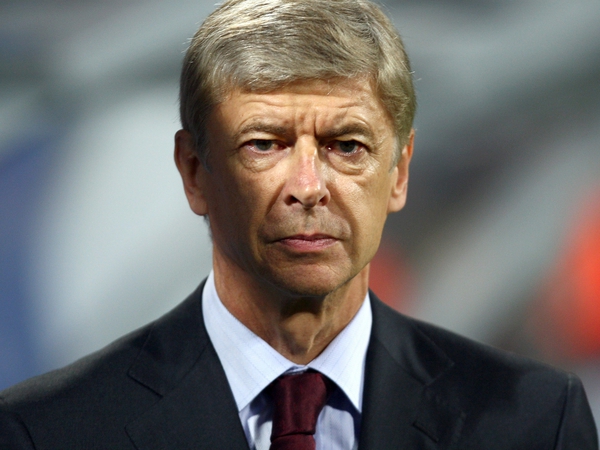