UEFA have dropped their investigation into alleged sectarian chanting by Celtic supporters in Barcelona.

European football's governing body last week announced they were looking at video footage from outside and inside the Nou Camp that appeared on the internet following the Champions League match between Celtic and Barcelona on 4 March.

However, UEFA's disciplinary body will not take any action against Celtic after deciding the evidence available to them was insubstantial.

'We've had a look into that, but no disciplinary case will be opened,' a UEFA spokesman said.

'There was not enough evidence.'

Celtic welcomed the announcement from UEFA.

Club officials had been surprised by last week's development but were confident they would face no charges.

A spokesperson for Celtic stressed: 'As we said on Friday, we never felt that there was any case to answer and we welcome confirmation of this from UEFA today.

'Celtic and its supporters enjoy a unique relationship with FC Barcelona and our recent visit to the city was very well received once again by the club, the people of the city and the Catalan police. Indeed, the conduct of our fans was also applauded by UEFA.' 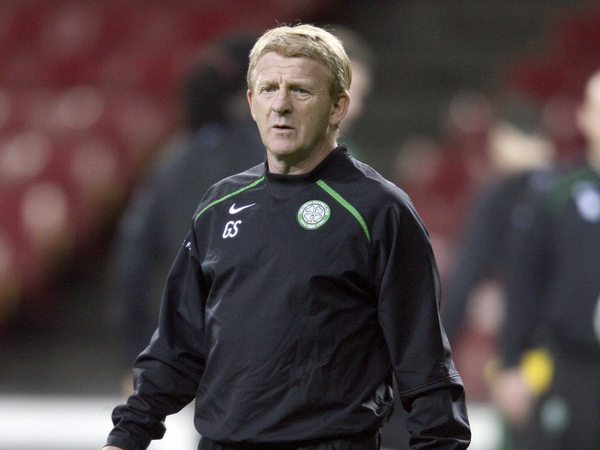