Watch Republic of Ireland v Wales live from Croke Park on Saturday, 24 March, on RTÉ Two and rte.ie/sport (RoI only) from 2pm. Commentary will be live on RTÉ Radio 1

Steve Finnan believes Craig Bellamy has become so accustomed to controversy, it is now like water off a duck's back.

The Liverpool team-mates cross paths at Croke Park tomorrow when the Republic of Ireland face Wales in a Euro 2008 qualifier neither side can afford to lose.

Defender Finnan will form part of an Irish backline charged with the responsibility of stopping the fiery Welsh striker.

That is of no surprise to Finnan, who said: 'He has been involved in off-the-field problems throughout his career.

'The recent one was disappointing it happened, but he has a strong mentality, a strong character, and he doesn't let what is going on off the field affect him.

'I guess these things have happened to him that much he is used to them, so he just gets on with his football.'

Bellamy has certainly proved that with his performances, scoring seven goals in his last 17 appearances after a slow start to life at Anfield following a £6million summer move from Blackburn Rovers.

'He is a very good player who can cause a lot of problems,' added Finnan.

'I've got to know him first-hand this season, and he is someone who will not give the defenders any time on the ball.

'He is willing to run into space, and that makes him a difficult player to play against.'

Given the degree of familiarity between the sides, with players from the Premiership and Championship comprising the two squads, Finnan conceded: 'We know what to expect.

'As everybody knows what is at stake, maybe there will be a higher tempo than in other international matches.

'With the surroundings and the atmosphere, that will add an edge to the game as well.'

Boss Steve Staunton has already made it plain to his side 'a draw is of no use', and that the game with Wales and Wednesday's clash at home to Slovakia are effectively 'win or bust'.

A potential four points would not rule Ireland completely out of the running for a top-two finish in Group D, but as far as Finnan is concerned, the Republic have to claim a six-point maximum.

'After losing our first two games we need as many points as we can get, so we're looking for the two wins from the two games,' added Finnan.

'I'm not saying we will be out of the campaign if we don't pick up maximum points.

'But with the top two in the group Germany and the Czech Republic, we have to get as many as possible.' 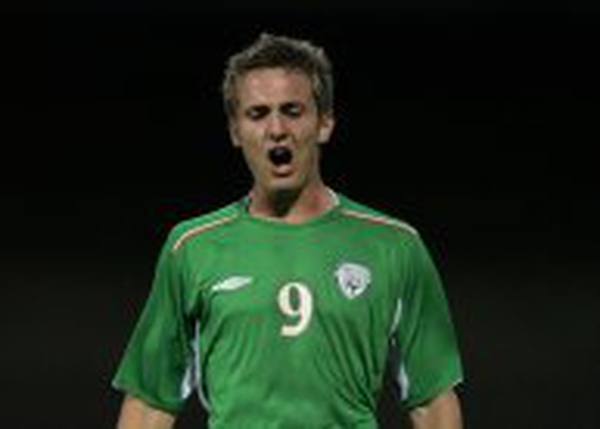 Doyle is looking for positive outcome