The Candystripes only joined what was then known as the League of Ireland in 1985, but have had a tremendous impact on the league and cup competitions since.

This will be their seventh FAI Cup final appearance and, remarkably, that is more than any other club during that period. They've won it three times and been runners-up three times. They've also won the League Cup a record seven times.

Of course, the story of Derry City began right back in 1928 and for many years they were members of the Irish League in Northern Ireland.

In 1971, Derry were beaten 3-0 by Distillery in the IFA Cup final with a certain Martin O'Neill scoring twice for the winners. It would be City's last cup final appearance for several years.

Following their enforced departure from the Irish League in 1972, it would be 13 years before they were back in top class football, this time in the south - and what an impact they had.

Starved of football for so long, crowds flocked in their thousands to The Brandywell. Attendances of over 10,000 were common for league games, while eight and nine thousand figures were recorded for league cup games, some that would have been deemed meaningless elsewhere - but not in Derry.

Following a Shield win in 1986 and a First Division title in 1987, that first FAI Cup final appearance finally came in 1988.

A massive red and white army descended on Dalymount Park but left disappointed after a John Cleary penalty gave Dundalk a 1-0 win.

Success in the cup was not too far off however, as, just 12 months later, Derry overcame Cork City 1-0 in a replay. The sides had drawn the first game 0-0, but Healy's effort in the re-match proved the difference between the sides.

The win made Derry the third team, after Shelbourne and Bohemians, to win both the IFA and FAI Cups.

It was five years before Derry made it to the final again, when they met Sligo Rovers at Lansdowne Road. They were to be losers again with Gerry Carr netting the winner in a tight game.

The wait for another final appearance, and success, wasn't long. A year later, Derry met Shelbourne in the decider and goals from Peter Hutton and Gauld (pen) gave them a 2-1 win.

Derry's most recent win in the FAI Cup came in 2002 with a 1-0 win over Shamrock Rovers. Liam Coyle netted the winner in the October decider - the second final that year due to the introduction of summer soccer the following March.

Manager: Stephen Kenny
Now installed at Dunfermline Athletic, Kenny returns for the FAI Cup final. Kenny started off his managerial career in the underage set-up at St Pat's before blasting onto the national scene with Longford Town. They were cup runners-up to Bohs in 2001 and qualified for the UEFA Cup. He was soon off to Bohs and won a league title there before being unceremoniously sacked following a poor UEFA Cup showing in 2004.  He was then installed at Derry and has won two League Cups and narrowly missed out on the league title in 2005 and 2006.

One to watch: Pat McCourt
The PFAI Young Player of the Year for 2005, Paddy McCourt is a superb professional who has enjoyed great success at his hometown club. The silky, speedy winger plays football like Sinatra sings a song or Picasso paints a picture and he is undoubtedly one of Irish football's finest talents. He signed from Shamrock Rovers in the middle of the 2005 season and had previously played in England with Rochdale Town. McCourt has earned one full cap for Northern Ireland and has won two League Cup titles with Derry. 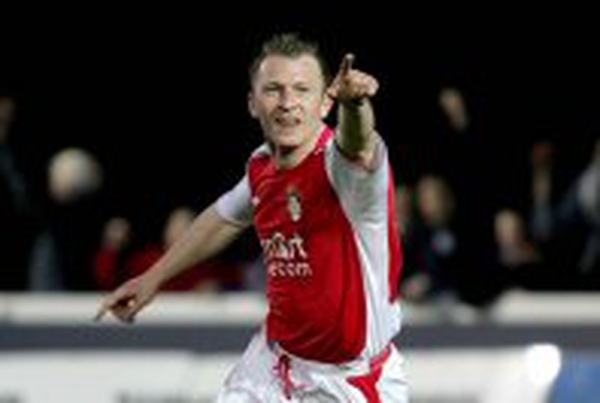