Wenger is still frustrated that the Gunners were denied an equaliser in their 1-0 Champions League defeat to CSKA Moscow after Thierry Henry was ruled to have handled the ball.

He wants a system introduced where the match referee can refer decisions, like Henry's strike in Moscow, to a video official for clarification.

Wenger believes that would help preserve the honesty and integrity of football.

Wenger said: 'There is not just a place for it (video technology), there is a need for it. If you love football you want justice to be respected. It becomes suspicious when people see things that don't happen.

'You can question the honesty of people and we do not want that in our game. When referees see things that don't exist it is hard to accept.

'With a video you can you can check that it is a regular goal. Why refuse when the help is there? It becomes a weakness from referees if they don't accept it.'

One argument against the use of video technology in football is that the sport does not have as many natural breaks in play as cricket or American Football, where the use of television officials is prevalent.

Would the game be stopped for the referee to consult the television official? How would video replays be used?

Wenger told Sportsweek on BBC Radio Five Live: 'When the referee feels the need. 'I would have preferred he said (in Moscow): `Video please, I want to see suspicion of a hand-ball'.

'It does not look at any minute like there is a suspicion of a hand-ball when you watch the game.

'How can he come to that conclusion? It is very difficult to accept.'

Wenger is confident his Arsenal side, who face Reading this afternoon, can mount a genuine title challenge this season.

And he has not yet ruled out Liverpool from the race, even though Rafa Benitez's side entered today's clash with Manchester United eight points off the pace.

'We have gone up a gear and gained confidence from last season. We are ready to fight for the Premiership I believe,' said Wenger.

'The situation matters in April and the Premier League is won in May. They cannot drop too many points now but they can still come back.' 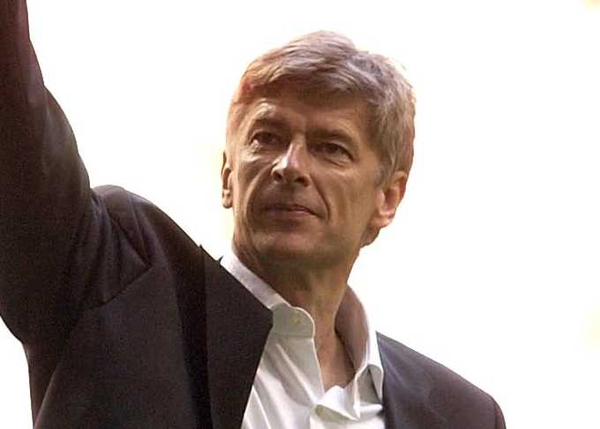