Liverpool goalkeeper Jose Reina has branded Chelsea winger Arjen Robben an actor who deserves an Oscar for his performance at Stamford Bridge on Sunday.

But Robben has hit back, claiming: "I wasn't the one who lost control."

Spaniard Reina was shown the red card for pushing Dutchman Robben in the face nine minutes from time in Chelsea's 2-0 league win.

Liverpool decided not to appeal against referee Alan Wiley's decision, which caused a storm of controversy because of Robben's theatrical reaction to the goalkeeper's tame push.

It means Reina will serve an automatic three-match suspension, starting with tomorrow's Barclays Premiership encounter with Charlton at The Valley. The ban will also include Saturday's early afternoon kick-off against Wigan at the JJB Stadium, and the Anfield showdown with Arsenal on February 14.

"I am furious with Robben for what happened. My red card was unjust, which makes it so sad for me," Reina told the Daily Star.

"Robben is a big actor and he did well enough to win an Oscar. I would never hit out at another player and hurt them in the way Robben suggested by collapsing.

"Robben is an excellent player but he was deceitful with the way he behaved.

"He exaggerated what happened and therefore forced the referee to send me off. If we had been at Anfield, I would never have got a red card."

But Robben is stunned he is being blamed and, according to the Daily Mail, told Dutch television: "Reina was the one who got carried away, not me. He made a crazy challenge on Eidur (Gudjohnsen) over by the touchline and I told him so when he ran past on his way back to the goal.

"I can't remember the exact words I used, but it was something along the lines of 'That was a stupid thing to do, wasn't it?'

"The next thing I know, he swings round and reacts with his hands.

"I don't see how I can be blamed for that. I wasn't the one who lost control." 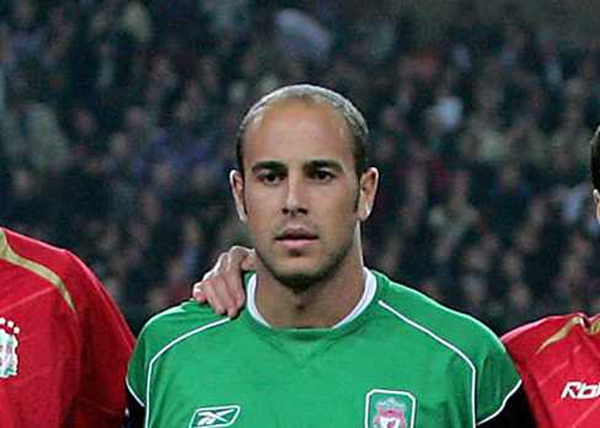