Republic of Ireland manager Brian Kerr is now aware of the task that faces his side following a crucial 1-0 World Cup qualifying defeat to France.

Ireland must take maximum points from their final two Group Four games, in Cyprus and at home to Switzerland on October 8 and 12 respectively, if they are to stand a chance of playing in next summer's finals in Germany.

A six-point haul should be good enough for a play-off spot, but Kerr's side have made the situation difficult for themselves following the loss to the French.

The defeat came at the hands of a well-known foe in Arsenal striker Thierry Henry, who conjured up a moment of magic midway through the second half.

Henry won the ball just outside the Ireland area, and then, with a deft flick of his right boot, curled a stunning 20-yard strike beyond the outstretched grasp of Shay Given.

That was rough justice on Ireland as Kerr's side had hustled, harried and hounded France out of their stride before Henry's match-winner.

Kerr said: "I thought the team did okay. I could not ask for any more in terms of endeavour and effort. They gave everything they had, but it was not quite good enough.

"There were very few chances in the match, but they scored a smashing goal after getting a little bit of a break outside our area.

"Apart from that, they never had one clear-cut chance in the game. Their goal came from a half-chance, but it was a brilliant finish.

"We had a couple of chances ourselves and a few half-chances, but all in the first half as we failed to create anything of note in the second.

"We needed a bit more quality in the final third, which we did not quite get.

"Our task is now simple - we have got two games and we need to get six points from them."

To add to Kerr's troubles, for the game with Cyprus he will be without the inspirational Roy Keane, winger Andy Reid and striker Clinton Morrison as all were booked and are now suspended.

"We will deal with that," added Kerr. "Some of the bookings were rather harsh, but that was a sign of our commitment and of the players getting stuck in and trying to get about France."

In describing his stunning effort, Henry produced one of the understatements of the year as he simply stated: "I had the opportunity and I just put it into the back of the net."

Henry at least paid tribute to Gunners team-mate Dennis Bergkamp for the goal, adding: "It does help when you train with him every day.

"You just have to look at him and see what he can do. But when you play on your own up front, it can be difficult."

Henry felt his side were fortunate to come away with a victory that puts them on course for the finals.

"A draw would not have been a bad result for either side,"  added Henry.

"There was not a lot between the two teams, and in a way Ireland did not deserve to lose.

"But sometimes these things happen. However, there is still a long way to go.

"While it was important for us to win, this group is still not finished yet." 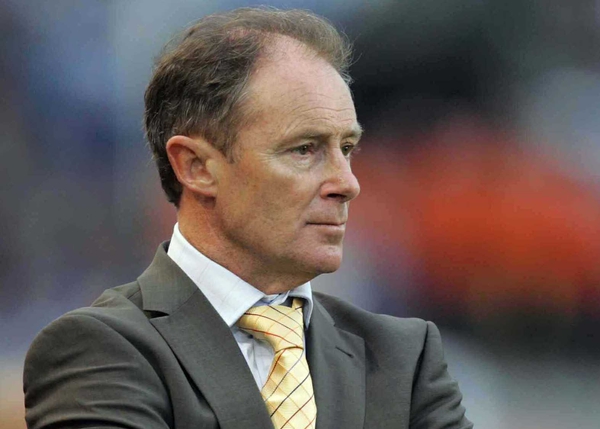