Shamrock Rovers have announced that manager Liam Buckley has left the club. In a statement, The Hoops said: "SRFC have reached agreement with Liam Buckley on the termination of his contract. Liam, with immediate effect, will relinquish all his responsibilities with the club."

He took over from Damien Richardson at Shamrock Rovers in April 2002 and guided them to the FAI Cup final in November of that year, where they lost to Derry City.

The following summer Rovers became the first Irish side to win both home and away legs of a European tie when they beat Polish side Odra Wodzislaw in the UEFA Intertoto Cup.

Rovers currently languish in mid table obscurity and their season was effectively ended when they were knocked out of the FAI Cup by holders Longford Town a fortnight ago.

Shamrock Rovers have thanked Buckley for all his hard work and commitment over the last two and a half seasons and have wished him every success in the future.

Noel Synott is expected to take temporary charge of the club until a new manager is appointed. An early candidate for the hot seat is Buckley's assistant, the former Irish international and ex Rovers, Manchester United and Newcastle star, Liam O'Brien. 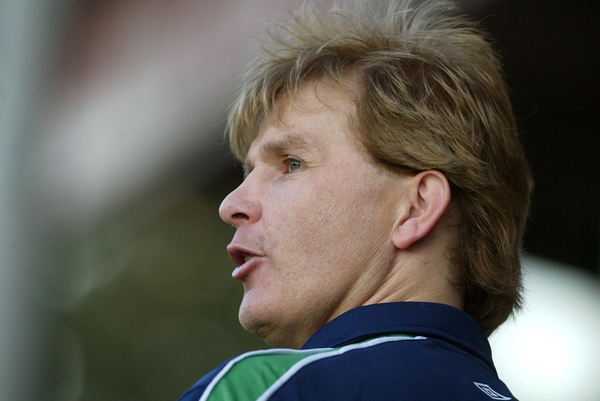