Spain striker Diego Costa has denied Brazil coach Luiz Felipe Scolari's claims that he contacted him over playing the World Cup for the host nation.

The Brazil-born forward chose to represent Spain, where he plays his club football with Atletico Madrid, and made his debut for the team in a friendly against Italy last March.

He was a revelation in La Liga last season, hitting 36 goals, as Atletico won the league and reached the Champions League final, and he will be an important addition to Spain's armoury as they look to retain the World Cup.

Costa said that Spain coach Vicente Del Bosque convinced him to play for the reigning world champions while Scolari never approached him.

"Scolari never called me by telephone. The only coach that I spoke with was Del Bosque who showed interest in me, invited me for a meal and made me realise that I was in his plans," Costa told reporters in Washington, where Spain are preparing for the World Cup.

"I am Brazilian and that is not going to change but I want to win the World Cup with Spain."

Costa was responding to comments on Friday by Scolari who said that he wanted the striker to play for Brazil.

"I was going to call him up for the World Cup. Was I wrong? I don't know," Scolari told O Estado de Sao Paulo. "He would be at the World Cup with Brazil. I spoke to him two times about it.

"The problem is that there are other interests behind everything. With Diego Costa a Spanish citizen it opens doors in Europe." 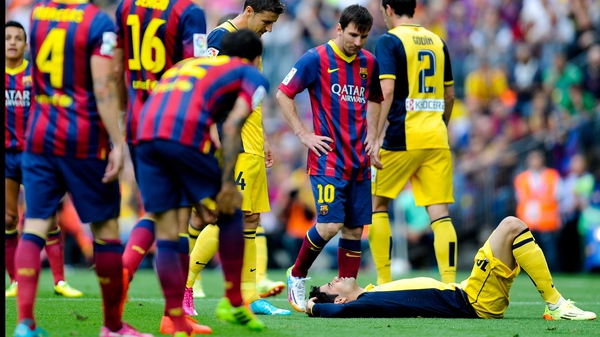