The Atletico Madrid striker has been suffering with a series of muscle problems and limped out of last Saturday's Champions League final against Real Madrid early in the first half.

Spain have one more warm-up game, against El Salvador in Washington DC on June 7, before the tournament in Brazil when Del Bosque can test Costa's fitness.

If he does not recover sufficiently, Spain can replace him in the squad up to 24 hours before their opening Group B match against Netherlands on June 13 as long as they can prove his injury is serious enough to prevent his participation.

There was no place for winger Jesus Navas, who missed the final part of the Premier League season with an ankle injury, or his Manchester City team mate Alvaro Negredo.

Chile and Australia make up Group B and Spain's first game is against Netherlands on June 13, a repeat of the 2010 final which Spain won 1-0 after extra time. 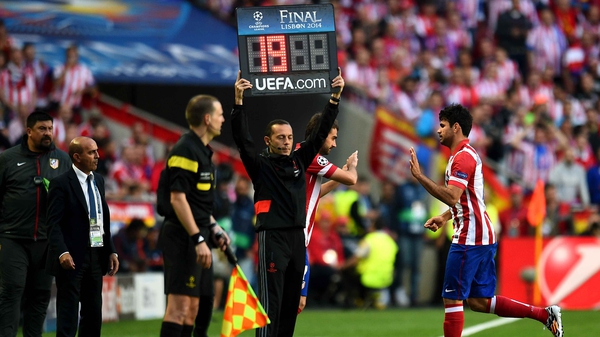 Spain will wait on Diego Costa