Ronnie O'Sullivan moved into the last 32 of the UK Championship after coming from behind to beat Robbie Williams in York.

O'Sullivan responded to falling 2-1 behind by winning five frames in a row to claim victory, registering breaks of 91, 74, 66 and 55.

The six-time world champion, who secured the most recent of his seven UK Championship titles in 2018, told BBC Sport: "I have been enjoying it so much that it took the edge off my game. I thought maybe I should start applying myself a bit more mentally.

"If I had not got my act together he would have probably taken advantage and won. I made him feel it out there and made him feel that I was there to try and win. I am going to try and not enjoy it this week and see what happens."

O’Sullivan’s opponent in the next round will be Mark King, who defeated Gerard Greene 6-2.

Kyren Wilson also made safe progress as he whitewashed Jak Jones 6-0 – he will now meet China’s Wu Yize, a 6-4 victor over Hammad Miah.

John Higgins advanced with a 6-3 win over Sunny Akani, and Mark Allen saw off Joe O’Connor 6-4 to set up a clash with David Gilbert, who beat Alexander Ursenbacher 6-3.

John Astley, conqueror of 2020 champion Neil Robertson, fell to Mark Joyce while Astley’s fellow amateur Si Jiahui, who knocked out Shaun Murphy in the previous round, was beaten 6-4 by Dominic Dale.

Yan Bingtao is out after losing 6-3 to Ben Woollaston – the same score of Ali Carter’s loss to Noppon Saengkham – while Matthew Selt beat Joe Perry 6-2.

There were also victories for Andy Hicks and Liam Highfield over Michael Holt and Gary Wilson respectively. 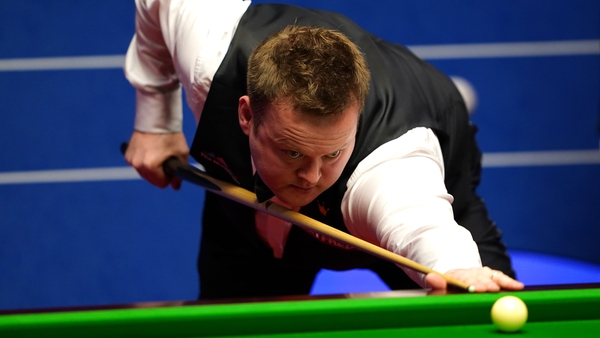 Murphy should get another job and play for fun, says O'Sullivan