Six-times world champion Ronnie O'Sullivan said Shaun Murphy should look for another job outside snooker and play the sport for fun after the 39-year-old railed against amateurs being allowed to play in professional tournaments.

Murphy suffered a shock first-round exit to Chinese amateur Si Jiahui at the UK championship on Tuesday and said he felt "hard done by" after the 6-5 loss to the 19-year-old.

Former world champions Mark Selby and Mark Williams backed Murphy's stance but O'Sullivan did not agree with the comments.

"They better start looking for a job if they don't like it," O'Sullivan said.

"I drew a line under it a long time ago. I can change what I do, that's what I'm saying to Murphy - go and get a job, do something else, play snooker for fun because you're going to have loads more of that.

"Five or six years ago I made a real conscious effort to play for fun and just enjoy it ... If I had to play it as my living, I'd be like Shaun Murphy - in bits. You'll never hear me talk like that because it's a hobby, but when it means something to you then it can hurt." 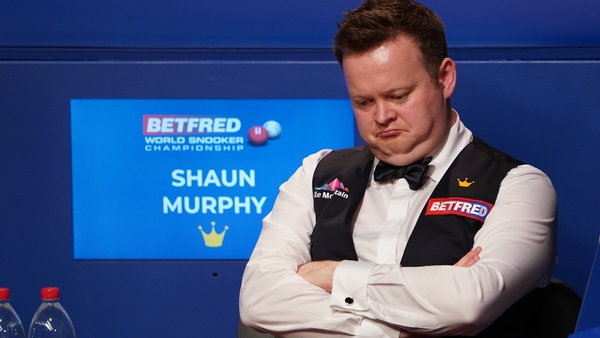 Shaun Murphy: Si Jiahui 'shouldn't even be in the building'