Stephen Hendry is relaxed about the prospect doling out one final snooker indignity to his great rival Jimmy White when the pair meet again in the first qualifying round for the World Championships in Sheffield on Monday.

The 52-year-old's comeback after a seven-year absence from the tour was given an extraordinary new twist last month when he was paired with White – whom he famously beat in four world finals between 1990 and 1994 – on the first step back towards the Crucible.

Unlike Hendry, White has tried and failed every year to return since his last appearance in 2005, and another defeat to the seven-times winner is likely to send him to the Q School where he will have to fight to retain the tour card he has effectively held since 1980.

"I have been told the situation, and there is probably more on the match from Jimmy’s side than mine," said Hendry.

"All of the great matches we had in finals, semi-finals, and we are actually playing probably our last ever match at the World Championship, who knows, and it is rock bottom, round one. It’s incredible."

Battle of the Fergals as Irish octet target Crucible qualification

Hendry holds the edge with 36 wins from the pair’s 61 career meetings but White enjoyed some notable triumphs, including in the 1990 World Matchplay final, and also won their most recent meeting in the 2019 World Seniors Championship.

White, who is determined to avoid the prospect of asking snooker chiefs for a wild card to continue on the tour next season, also said he is not motivated by the prospect of payback for those world final near-misses.

He told Eurosport’s The Break podcast: "If I was to beat him 10 times in a row I still wouldn’t get revenge on all those world finals.

"I’ve put myself in a good position where I can stay on without asking for a wild card. If the worst comes to the worst, I will go to Q School.

"I still love playing and I still play to a good standard, but doing it in practice doesn’t mean anything. You have to produce it on the match table and I’m starting to do that in bits and pieces." 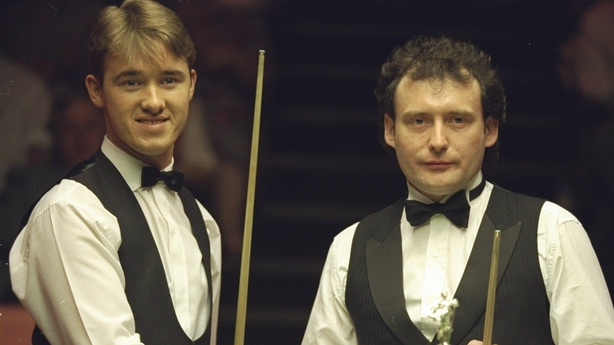 In order to return to the Crucible, the winner of Hendry’s clash with White must win through three subsequent qualifying rounds, culminating on either 13 or 14 April when they will play off to win a place back at the famous venue alongside the world’s top 16.

And Hendry, who marked his shock comeback to the tour after a nine-year absence by compiling his 776th career century against Matthew Selt in the Gibraltar Open in February, is relishing the prospect of being both an underdog and the man they all want to beat.

"In those days every match was an adventure really, and it’s going to be a lot tougher to win four matches than it was then," admitted Hendry.

"It’s a different situation but hopefully the way I cope is like when I was number one for eight years – I try to enjoy the fact that people want to beat me – I will be a scalp for somebody.

"You look at Jimmy all these years. Jimmy is desperate to play at the Crucible again and I think it is affecting him in the qualifiers. He is trying too hard, almost, and I have got to guard against that."

Hendry was 17-years-old and a recently-crowned Scottish champion when he made his debut in World Championship qualifying against fellow Scot Bert Demarco at Preston Guild Hall in early 1986.

Hendry went on to make a break of 141 in his second qualifying round match against Paddy Browne, before booking his place at the Crucible where he became the youngest player in the tournament’s history in losing narrowly to Willie Thorne.

The seven-time world champion opted to retire from the sport in 2012 after a crushing Crucible defeat to Stephen Maguire, and it will be a very different player who embarks on his quest to return to the sport’s biggest stage on Monday.

"I have tried to keep my expectations down about this comeback – it’s not a full-time comeback and it’s not about winning eight world titles or anything like that," added Hendry.

"I am coming back to take in the experience of playing in arenas – hopefully with people in them – to enjoy the buzz of playing, and see what happens. That’s all I want. Qualifying for the Crucible is the goal."