Neil Robertson set up a showdown with world number one Judd Trump as he coasted past Shaun Murphy 6-1 to reach the final of the German Masters in Berlin.

Earlier, Trump had held off Graeme Dott 6-4 as he continued to build some momentum following an early exit at Alexandra Palace last month.

The 37-year-old world number three lost the opening frame, but, capitalising on a mistake from Murphy, soon settled into his rhythm to take control at 4-1 after a clearance of 136.

Robertson, world champion in 2010, was soon on the verge of the final, again punishing Murphy as he went on to produce a break of 129 which sealed an impressive victory.

Trump, meanwhile, had earlier been forced to come from behind against Dott as the pair headed into the mid-session interval at 2-2.

A clearance of 70 helped Trump move in front at 4-3, only for Dott, world champion in 2006, to respond again as he edged a tight eighth frame on the black.

However, a break of 110 then put Trump - who won five ranking events during 2019 - within touching distance of victory, which was secured when he claimed the next frame 72-2. 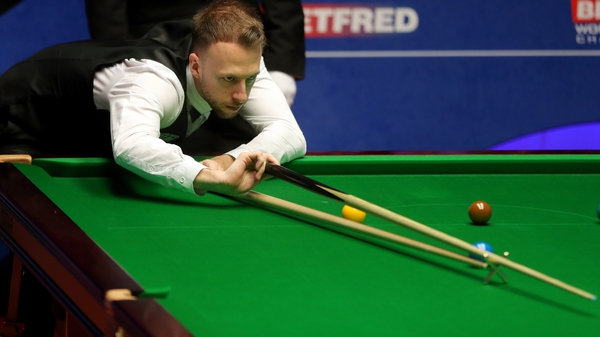 Trump cruises into semi-finals in Germany