Ronnie O'Sullivan coasted past Eden Sharav 4-1 to book his place in the English Open quarter-finals.

The five-time world champion extended his good form on Thursday with back-to-back victories at the K2 Leisure Centre, the Crawley venue he had dubbed a "hellhole" earlier in the week.

Defending champion O'Sullivan swept past Matthew Stevens 4-1 on Thursday afternoon before seeing off Scot Sharav to reach the last eight.

O'Sullivan started the week by complaining that he could smell urine in the player interview area at the Crawley venue and criticising organisers for not separating the tournament from other activities going on at the leisure centre.

Since then the 42-year-old has made serene progress and recorded his 15th tournament 147 in his second-round win.

And he wasted little time on Thursday in securing two further quickfire victories.

O'Sullivan told Eurosport: "I kind of enjoyed it. It wasn't the best but Eden didn't play great either.

"I just had to do what I could do, keep trying until the end."

Despite dropping just three frames in his four matches, O'Sullivan insisted he continues to battle for top form.

When it was suggested no one has yet offered him a stern test, O'Sullivan replied: "Thank God for that! I'd have probably been home by now if they had.

"It can be hard for me, as I'm limited to what tournaments I'm playing now.

"So I have to try to make every tournament count otherwise my season could be a complete disaster."

O'Sullivan will face Luo Honghao in the last eight after the 18-year-old dispatched Anthony McGill 4-3 in the third round and then saw off Neil Robertson 4-2 in the fourth.

Thailand's Noppon Saengkham followed up his shock victory over world champion Mark Williams by beating Robert Milkins 4-3. He will take on Stephen Maguire in the last eight after the Scot beat Zhou Yuelong 4-0.

Stuart Bingham thrashed Ricky Walden 4-0 and will meet Ali Carter in the last eight. Carter booked his place in the quarter-finals with a 4-2 win against Daniel Wells. 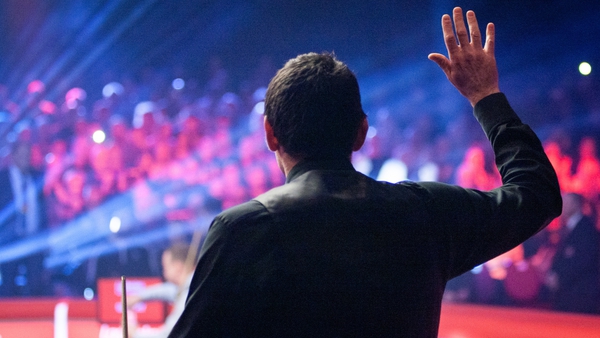