Five-time world champion Ronnie O'Sullivan claimed the 15th maximum break of his career at the K2 Leisure Centre in Crawley, two days after describing the venue as a "hellhole".

The 147 sealed O'Sullivan's 4-0 victory over Allan Taylor in the second round of the English Open.

Reigning world champion Mark Williams won by the same margin, against Alexander Ursenbacher of Switzerland, but world number one Mark Selby was beaten 4-3 by Ben Woollaston.

Earlier in the week O'Sullivan complained that he could smell urine in the player interview area and criticised event organisers for not separating the tournament from other sports being played at the leisure centre.

But the TV table at least seemed to be playing perfectly as the 42-year-old potted blacks with each of the 15 reds before clearing the colours, despite claiming to be "twitching" on shots.

"I did think about it from the first red because I thought, 'I've got to try and do something in this match to get myself excited'," O'Sullivan told Eurosport.

"From about 40-odd I was in bits, I was twitching all over the gaff. My back arm was like a bit of fish, flapping all over and then they've (fellow players) all gone quiet to watch the max and I thought, 'That's the worst thing you can do, just carry on playing, make some noise, do something'.

"When it went too quiet you felt the pressure is on you even more. I didn't even fancy potting that (last) black to be honest with you, I was feeling it."

O'Sullivan, who also made a break of 135 in the second frame, added: "To be honest I've enjoyed making 30, 40 breaks more than that maximum, when you've really got the cue ball on a bit of string.

"There I felt I was losing the white a bit and wasn't sure if the ball was going to go in. When you're playing well you're just chucking the balls in and it happens so quickly, whereas out there everything felt like I was twitching from 40-odd.

"Maxes just win you one game and hundred breaks sound really great but actually my game is far from really great. I haven't really played well since this tournament last year."

O'Sullivan will play Matthew Stevens in the third round, following the Welshman's 4-0 win over Jimmy White.

"People think because you're winning tournaments you must be playing well, that's not the case. I won four tournaments last year playing really quite poorly," O'Sullivan added.

"For me to enjoy the game and really get a buzz out of it, you've got to play well and cue well and then you can really get into the game. It's nice winning tournaments but I get more pleasure from putting in good performances."

Woollaston told World Snooker: "I even don't feel like I'm playing the world number one. I'm just playing a mate I've played with for nearly 20 years.

"I'm not getting too excited about winning this match. It's just getting through another round and it's still early in the tournament. It wouldn't mean that much unless I at least got (to the) quarters or semis." 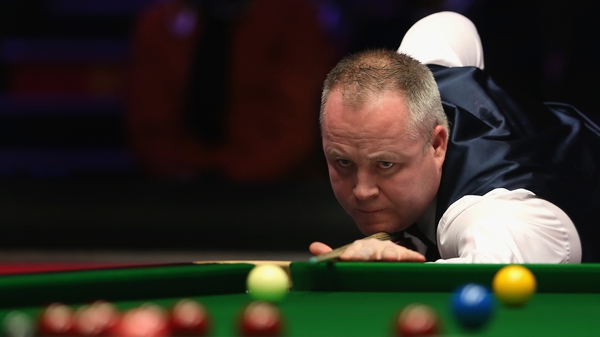 Higgins advances despite struggle for motivation