Ding Junhui produced a ruthless display at the Crucible to send Mark Williams packing from the Betfred World Championship and earn an unscheduled day off before his semi-final.

The Chinese player won 13-3 with a session to spare against the two-time champion, keeping himself on course to become the first qualifier to win the tournament since Shaun Murphy in 2005.

"I played really well," Ding told World Snooker. "From the first session I was winning 6-2 and I kept going and played well again.

"Mark didn't have much luck, some bad kicks, so I got some easy shots and made breaks.

"I'll enjoy the day off tomorrow, rest and get ready for the next one."

That last-four match will be against either John Higgins or Alan McManus, with Higgins leading 5-3 in the all-Scottish clash which concludes on Wednesday.

Ding admitted he is feeling more "relaxed" than on previous visits to the Crucible having come through the three-round qualifying competition at nearby Ponds Forge after slipping out of the world's top 16.

"It doesn't matter who I play," he said. "I'll just do it the way I did and think about myself. It doesn't feel a lot of pressure this time."

Ding went for it! What a way to sink frame ball!#ilovesnooker @Betfred https://t.co/LC60GqEolh

Higgins made a 63 break in the first frame against McManus, who levelled with 114 and took a 3-1 lead before Higgins swept the post-interval frames in Wednesday afternoon's session.

Barry Hawkins came crashing down to earth from Monday's 13-12 win over Ronnie O'Sullivan as he fell 7-1 behind in his quarter-final against Marco Fu.

Fu led 4-0 at the interval with breaks of 73 in the first frame and 76 in the fourth, Hawkins having potted only 10 balls with his highest break to that point just 13.

And when Hawkins missed a simple red in the first frame back, Fu cleared with 81 to go 5-0 up before Hawkins got on the board in frame six.

A 66 and a 50 clearance clinched frame seven for Fu and he added the last of the session for a comprehensive lead. 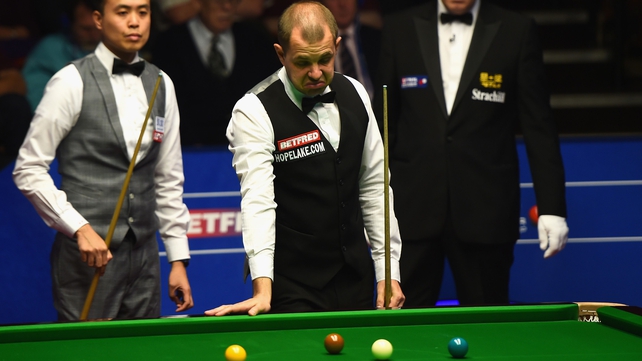 Kyren Wilson, the other qualifier still in the tournament, fell 6-0 down in his quarter-final against world number one Mark Selby before winning the last two frames of the morning session.

He closed to 7-5 and had half a chance to end the session only two behind at 9-7, but a dreadful kick on the final red prevented him completing a tricky clearance and Selby took the frame to lead 10-6 with a session remaining. 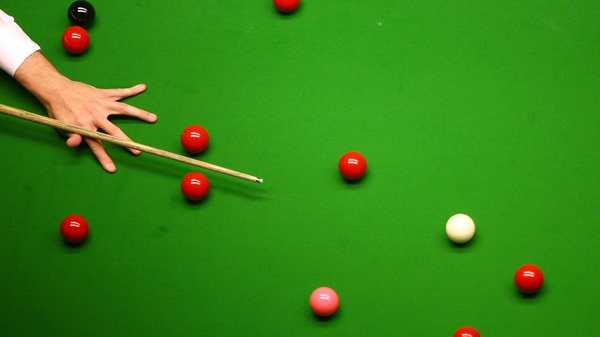