Snooker chief Jason Ferguson believes the sport is in prime position to capitalise on its rapidly expanding professional itinerary by launching a renewed bid for inclusion in the 2024 Olympic Games.

Ferguson, both chairman of governing body the WPBSA as well as president of its umbrella organisation, the World Confederation of Billiards Sports, announced the move during this year's World Championships in Sheffield.

Despite having been left off the final shortlist for inclusion at the expanded Tokyo Games in 2020, Ferguson believes a professional tour that visited 10 different countries this season is testament to its rapidly increasing opportunity.

Ferguson said: "If you go back five years we'd have said, Olympics? No chance. But we have developed our sport and expanded our programme globally and I think we fully deserve our place on the Olympic platform.

"I can confirm that we will be making a bid for the 2024 Olympic Games. We made a late bid for Tokyo and we did very well. We learned a lot through that process and we know we have the ability to deliver a fantastic Olympic event."

"I think we fully deserve our place on the Olympic platform"

Snooker is a regular part of the programme for the World Games, a four-yearly event for sports not in the Olympics, and will use next year's competition in Wroclaw, Poland as a means to impress the merits of snooker on watching International Olympic Committee officials.

"The IOC have confirmed they will be using Wroclaw as a test event for potential Olympic sports for 2024, and we believe we will deliver a very strong event and off the back of that we will be working very hard on our Olympic bid," added Ferguson.

"We hear a lot about legacy and cost at the Olympics and the multi-millions that are spent on new arenas and swimming pools. But we can present an Olympic sport on a very tight budget because we can take over any facility and make it look great.

"The bottom line will be does the host of the 2024 Games want snooker in there. If it is one of the 110 countries with a snooker governing body, then we have a chance. I don't think there's another sport on this planet that could do it as well as us."

Ferguson also confirmed the WCBS will make a parallel bid for a return to the Paralympic programme. A snooker tournament was regularly contested in the early years of the Paralympics but was taken off the programme in 1988 and is yet to return. 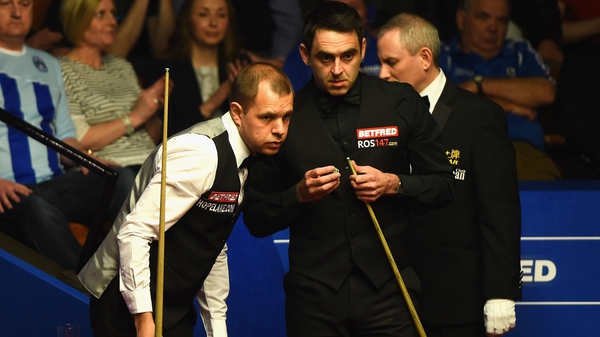 Hawkins revels in victory over O'Sullivan