O’Sullivan claimed after the six frames to three victory that he remained unhappy with his form and complained about a bad back.

But the five-times world champion looked unstoppable as he won five straight frames to take a 5-1 on Saturday night at the Alexandra Palace.

The Rocket took his eye off the ball slightly to allow Bingham to win the next two, but the 40-year-old eventually closed the game out with some masterful pots in the ninth frame.

This is O’Sullivan’s first major event in nine months and he rattled off breaks of 121 and 81 to book his eleventh Masters final appearance.

If he wins it will earn him a record-equalling sixth title despite having been on a break from snooker since last April.

“I’m not sure if it’s because my back is out of place so it’s messing around with my posture and technique,” he told the BBC afterwards.

“I was over-hitting balls by two or three feet. I could not hit certain shots because I couldn't get the cue through – it was awful out there.”

Earlier in the day Hawkins pulled off a surprise when he beat Judd Trump 6-4 to reach the final of this tournament for the first time.

World number five Trump led 4-3 at one stage only for Hawkins to reel off three frames on the bounce.

He is now in Sunday's decider having never won a game at the Masters before this week. 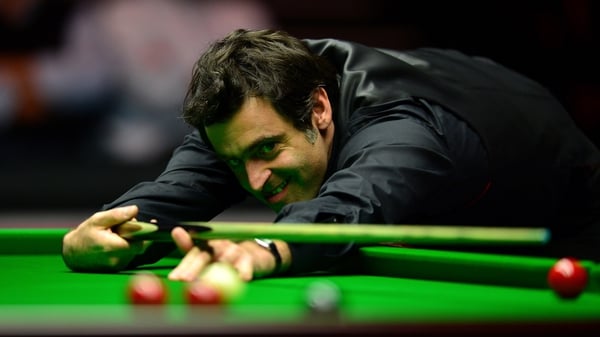