David Grace missed out on a dream appearance in the UK Championship final as the surprise contender suffered a gruelling last-four defeat to Liang Wenbo.

Grace, a part-time snooker club table cleaner from Leeds, had earned just £13,000 on tour over the past two years and propped up income by painting more illustrious cuemen and selling the portraits.

He led 4-2 in his first major semi-final but the A game that had taken him to the brink then deserted him.

Liang, the Chinese 28-year-old who has struggled to build on early career promise, slugged his way through four slow, often excruciating frames to clinch a 6-4 win.

Grace had looked certain to force a decider but missed what would ordinarily have been an easy pink at the end of the 10th frame, the pressure telling and handing Liang a shot at the title on Sunday.

"It was shocking really, just a twitch," Grace said of the squandered pink. "I'd potted harder balls than that in the break and I thought I'd done the hard work."

Liang leapt into the air in celebration on clinching his win, having beaten himself up repeatedly during the match over a string of misses.

Consolation for Grace comes with the £30,000 cheque he takes home, but it would have been a guaranteed minimum of £70,000 and a showdown against Neil Robertson or Mark Selby in the trophy match had he held his form together.

World number 81 Grace had knocked out players including former champion Peter Ebdon and Martin Gould to get to this stage, coming from 5-1 down to oust Gould late on Friday night.

Judd Trump and Marco Fu have been among Liang's victims, but he looked out of sorts as he drifted 3-1 behind Grace at the interval, only to rouse himself with a break of 110 in the fifth frame.

It was scrappy from there, the Selby-Robertson clash having to be delayed from its scheduled 7pm start given the slow going. In the end Liang did not mind, and as well as his second ranking event final - after a loss to Ronnie O'Sullivan in the 2009 Shanghai Masters title match - he secures a place in the Masters with his success. 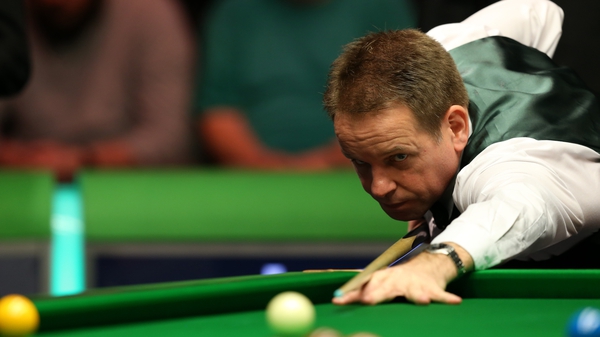