Thailand's Thepchaiya Un-Nooh shocked world number nine Mark Allen in a final-frame decider to seal his spot in the semi-finals of the International Championship in Daqing.

Un-Nooh, seeded 39th for the tournament, fell 1-0 behind after Allen racked up an impressive 65 in the first frame but the 30-year-old remained in the contest and took a 3-2 lead.

Allen's 118 in the 10th frame took the contest to the distance but Un-Nooh kept his cool to win his fifth final-frame decider of the championship - including qualifiers.

David Gilbert also won an 11-frame thriller against 11th seed Marco Fu to secure a spot in the semi-finals of a ranking tournament for the first time.

Fu responded with a 78 in the 10th frame but Gilbert claimed a narrow 71-69 victory in the decider to set up a last-four clash with Un-Nooh.

WIN: Un-Nooh is through to the semi finals of the #InternationalChampionship, beating Mark Allen 6-5 in Daqing! pic.twitter.com/EjOsaErszQ

World number one Mark Selby made a safe progression through to the last four in Daqing with a 6-4 victory over Neil Robertson.

The 2014 world champion will face John Higgins at the semi-final stage after the Scot saw off the challenge of Joe Perry earlier in the session.

Selby was made to work by Robertson, seeded fifth for the tournament, despite making an opening-frame century.

Further breaks of 52 and 75 helped the Jester from Leicester open up a 3-2 lead, yet Robertson remained on his heels.

The Australian produced a superb break of 127 in the ninth frame but Selby responded to claim the decisive 10th by 78-0.

Earlier, Higgins continued his fine form in China with a 6-3 win against Perry.

The world number 12, who whitewashed Shaun Murphy in the previous round, raced into a 4-0 lead which included a break of 106 in the third frame.

Yet Perry made a game of it by taking the next two before Higgins restored a three-frame cushion in the seventh with a composed 69.

Perry refused to lie down and fought back to make it 5-3 but Higgins edged a nervy ninth frame 62-57. 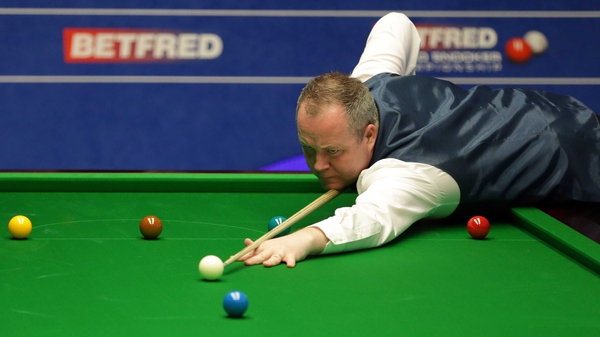