Ronnie O'Sullivan has slammed Cardiff's Motorpoint Arena, the new venue of the BetVictor Welsh Open, comparing it to "a car boot sale", "an aircraft hanger" and "a shopping mall".

O'Sullivan is the reigning champion, having turned on the style last year at the Newport Centre.

But despite easing to a 4-1 victory over first-round opponent Vinnie Calabrese in Cardiff, he was scathing about the surroundings.

"I don't like the new venue here at Cardiff, I thought the old one at Newport was one of the best venues I ever played at so I was gutted to see it go," the five-time world champion told BBC Sport.

"You wouldn't look forward to playing in these conditions with the 128 players, the venues can't really handle it and it is like a car boot sale.

"You just have to scrummage your way through the first two or three rounds and put up with the sub-standard conditions.

"I had played here and knew what sort of venue it was, it is like an aircraft hangar, the atmosphere is not as great and the acoustics not as good.

"You can't take it too seriously out there. There is so much going on it is really difficult to concentrate on your shots.

"It is like playing in a shopping mall, there are people just walking around all over the place, getting up, it is hard to get your head around.

"It is hard to focus on your game. But what it means is you don't take it seriously because if you do it would really annoy you, so you just smash a few balls around." 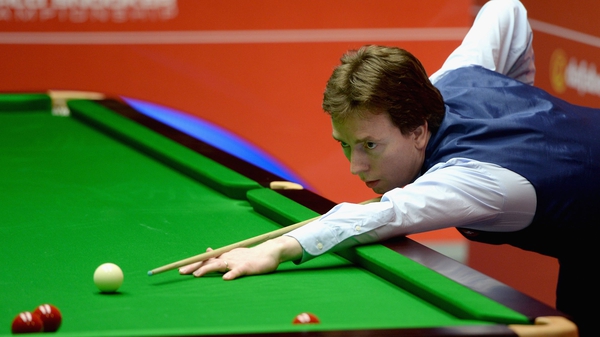