Ali Carter has said he will feel no pressure to win when he makes his return to snooker, believing he already is triumphant just to be back playing following an intensive course of chemotherapy for lung cancer.

The 2008 and 2012 World Championship runner-up admits he is "not quite out of the woods", but remains optimistic over his condition, so much so that he has entered the Players Tour Championship event in Bulgaria, which runs from 3-5 October.

It would be his first tournament since his diagnosis in May, but the 35-year-old, who had already beaten testicular cancer last year and suffers from Crohn's disease, is unfazed whether his comeback is a success.

"This has opened my eyes a little bit because winning is not the most important thing to me now," he said in an interview with BBC Sport.

"I feel it has taken the pressure off my shoulders having faced what I have faced and beaten what I have beaten. I have really got nothing to be afraid of any more.

"Of course I want to win tournaments, but really what difference does it make? I was not thinking about tournaments I had won in hospital.

"I would have had it taken away from me to have my health back.

"While I can hang on to that feeling I think there are some big things to come for me in sport."

"Of course I want to win tournaments, but really what difference does it make?"

Carter revealed he has not yet had the all-clear but is positive he will do soon.

"I have had positive results," he added. "I am not quite out of the woods yet but I am nearly there, I have one last procedure on September 11 and then hopefully it will be job done.

"I am nearly out the other side. It will be emotional for me to turn up at the Masters and the World Championships and that is what I have to look forward to." 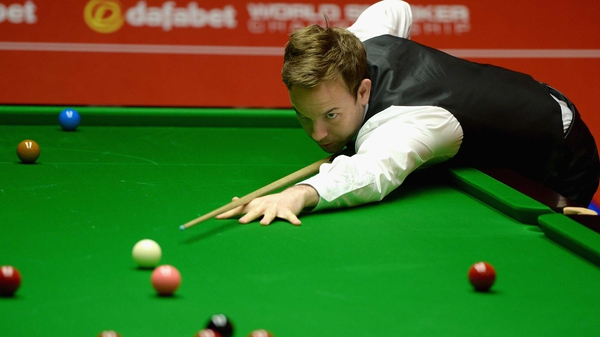