Ali Carter says he feels "wiped out" but remains "strong and positive" after undergoing his first course of chemotherapy treatment since being diagnosed with lung cancer.

The 34-year-old from Chelmsford revealed he had the condition a week ago, just a few months after he was given the all-clear following a battle against testicular cancer.

"Well that's the first bout of the chemo done. Glad it's over but way more to come soon. Feeling a bit wiped out but feel strong & positive," he wrote on his Twitter account, @TheCaptain147, on Sunday.

"I'm looking forward to spending my day with my boy and my family and hopefully catching up with a couple of mates later #lifegoeson".

The two-time World Championship runner-up, who suffers from Crohn's disease, was able to resume his career after recovering from testicular cancer last year.

"Well that's the first bout of the chemo done. Glad it's over but way more to come soon"

He contested almost a full season in 2013/14, ending at the World Championship in Sheffield when he beat Xiao Guodong in the first round before bowing out to eventual champion Mark Selby in his next match.

Carter is a three-time ranking tournament winner, having landed titles at the 2009 Welsh Open, 2010 Shanghai Masters and 2013 German Masters. He lost to Ronnie O'Sullivan in each of his Crucible finals, in 2008 and 2012.

A professional since 1996, Carter is ranked 13th in the world and has been as high as number two in his career. He is also a trained pilot, going by the nickname 'The Captain'.

Snooker has been touched by cancer tragedy in recent memory, with the three-time Masters champion Paul Hunter dying of a rare form of the disease in October 2006, at the age of 27.

Writing on Twitter last month after news of his latest cancer battle emerged, Carter was in defiant mood.

"Me v Cancer. Going to be a long one but get your money on - I'm up for this one! Biggest match [of] my life!" 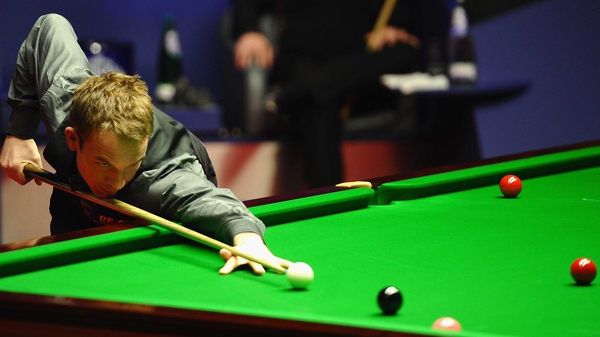