Ireland’s Fergal O’Brien lost his World Championship qualifier in agonising circumstances after a re-spotted black was needed for Robbie Williams to take a 10-9 win.

O’Brien had won the first four frames of an enthralling contest, and even led 7-2 at the end of the first session.

However, Williams played some superb snooker, and, with the scores level at nine frame each, eventually led in the deciding frame by 57 points, with victory seemingly assured.

There was still time for a final twist, though, as O’Brien on to make a stunning break of 57, levelling the scores at 58 points apiece.

It was then the black was re-spotted, but ultimately, Williams came out on top. 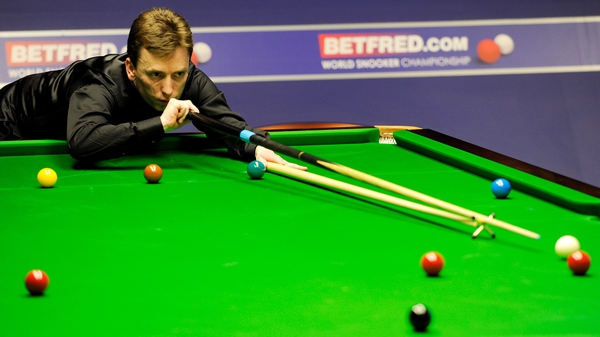