Ken Doherty is hoping to avoid defending champion Ronnie O’Sullivan in the draw for the World Snooker Championships, which start on Saturday.

The 1997-winner qualified for the first round proper after beating Dechawat Poomjaeng 10-5 in the final qualifying round.

“Ronnie would be one to avoid, particularly in the form he’s in. It would be nice to avoid someone like him and possibly some of the other favourites but anything can happen at the Crucible, age is but a number, that’s what they say.”

"It’s going to be exciting walking out through those curtains"

On Tuesday’s win over Poomjaeng, Doherty said: “[I’m] pleased with the way I played, from 4-2 down I won seven frames in a row and knocked in a lot of good breaks. The beginning of the match wasn't that great but certainly the end was a lot better.

“It’s great to be back. It’s always a tough match, the final qualifier. It’s probably one of the toughest matches that you play as a professional because you want to be part of the Crucible, [which is] just steeped in history and nostalgia.

"It’s going to be exciting walking out through those curtains and back into the home of snooker.

"I have a lot of great memories there too so I'm really excited about going back, so bring on the Rocket, bring him on," he joked.

There was heartbreak, meanwhile, for Fergal O'Brien, who lost his qualifier against Robbie Williams 10-9. 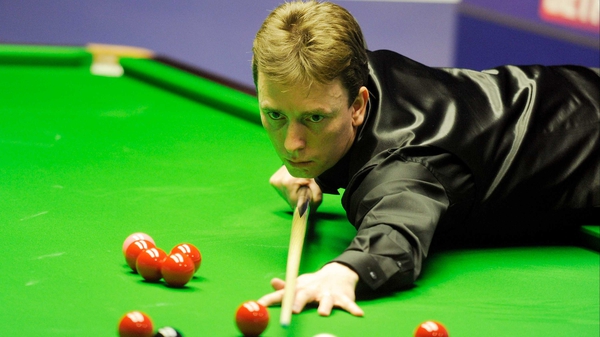