Former World Champion Ken Doherty will be back on the game's biggest stage after winning his World Championship final-qualifying-round tie against Thailand's Dechawat Poomjaeng 10-5.

Doherty, who lifted the World title in 1997, missed out on last year's tournament after losing 10-9 to Matthew Selt but brushed aside the eccentric Poomjaeng to earn his place in Thursday's draw.

The Dubliner, ranked 28th in the world, will play one of the 16 seeds in his first-round match in Sheffield.

"When you've had success at the Crucible you know what it means," Doherty said.

"You want to be part of the tournament and not sitting on the couch talking about it. That's all right when you're not in the tournament.

"Getting through means so much. I'm over the moon."

Fergal O'Brien will play Robbie Williams in his qualifier tie.

The tournament begins on Saturday.

Jamie Cope, who has struggled in recent seasons with a tremor in his cue arm, claimed a welcome 10-7 win against Mark King and newcomer Kyren Wilson beat 2006 champion Graeme Dott 10-7.

Michael Holt made it through to the Crucible stages for a seventh time, Welshman Dominic Dale earned a ninth appearance, and Tamworth's David Gilbert will play his third World Championship. 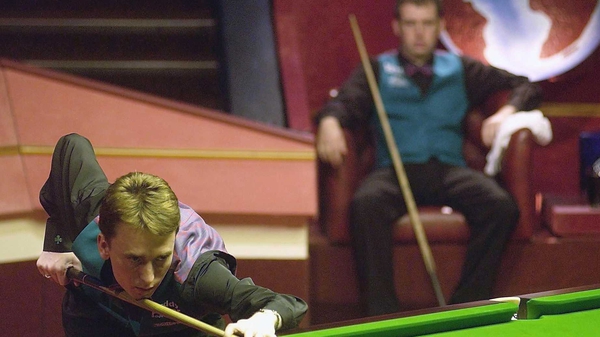