Graeme Dott won a 13-12 thriller against Northern Ireland's Mark Allen to book a place in the Betfred.com World Championship semi-finals.

He has since battled depression and his career was in the balance at one stage. Now he is just one more win away from a third appearance, having come back from 12-10 down to beat Allen, and is certain to be back in the top 16 after dropping out last year.

The match had been deadlocked at 8-8 after yesterday's evening session, and a swift turnaround meant they were first on at 10am at the Crucible this morning.

Dott won the opening two frames of the concluding session with breaks of 65 and 54, before Allen hit back to draw level at 10-10 going into the interval.

Allen reached last year's semi-finals in Sheffield and the 24-year-old was aiming for another visit to the last four.

With three more frames required for victory, the match had effectively come down to a best-of-five showdown, and a test of nerve.

Dott made a break of 53 and led 64-0 in the 21st frame but he took on a difficult long red and missed it, giving Allen an unexpected chance.

He needed two visits to clear up but did so after Dott had an unfortunate kiss when escaping from a snooker, to leave a tempting red over a corner pocket.

Allen gave a fist pump as he rammed the black in, taking the frame 65-64.

He won the next too, after Dott stalled at 31 when he had a chance to win the frame from 44-0 behind, to go within one frame of victory.

Dott's response was outstanding, a break of 115 to close to 12-11 and halt Allen's run of winning four successive frames.
Dott drew level and then won the decider with a break of 41, punching the air in delight. 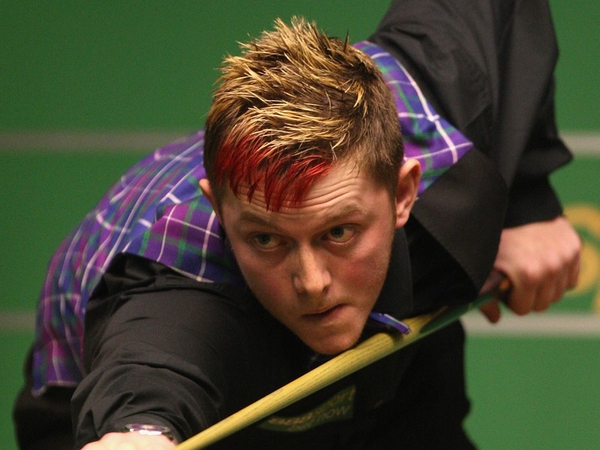