David Gray made it a black day for Jimmy White as he sent the 'Whirlwind' spinning out of the 888.com World Championship - and the all-important top 32.

White's 10-5 defeat means he has suffered the same fate as John Parrott, another Crucible Theatre hero, in sliding down the rankings to a point where he will need to win two qualifying matches to secure a return to Sheffield next year.

It rounded off a terrible season for the six-times former World Championship runner-up, who began the campaign ranked number eight.

Playing his practice partner, the 43-year-old Londoner was always behind from the moment Gray knocked in a break of 65 to capture the opening frame.

He trailed 6-3 overnight and while the crowd hoped for a memorable comeback today, they were quickly disappointed as Gray took the first three frames, two of which he pinched on the black.

White stopped the rot by making it 9-5 but a missed long brown finally killed off his chances as Gray moved through to a second-round meeting with Peter Ebdon.

"I never got going and really struggled - it was very frustrating," said White, who was appearing at the Crucible for the 25th year.

"I've been playing really well in practice but you need to do it under pressure and I just can't seem to take my form to the match table. I need to find a way to do that.

"I still love this game and still think I'm good enough to compete. I'll carry on until I know I can't play anymore.

"I'll go to Prestatyn for the qualifiers, give it my all and hopefully get back in next year."

Following news that the much-criticised tables in the arena are to be re-clothed at the weekend, White described the one on which he played as "abysmal" but stressed it had not affected the result.

"It's not the table fitter's fault but there were a tremendous amount of 'kicks'," he added. "I couldn't play a safety shot on it. But it's no excuse for the balls I missed - I missed some gimmes."

Gray has been a long-time friend of White's and felt sympathy for the plight of the game's most popular player.

"It's not nice but that's snooker," said the world number 22. "There are no friends when you're at the table.

"But I feel for Jimmy. He's too good a player to be in the situation he is but he put himself under a lot of pressure with his results this season."

The second round got under way with Australia's Neil Robertson taking a 6-2 lead against Stephen Lee in a high-quality opening session.

After a scrappy first two frames it became vital to get in the balls first as Robertson knocked in breaks of 109, 74 and 73, and Lee responded with a 135 and a 64.

After making a break of 97 in the opening frame it was all downhill for Perry, who was 7-2 behind going into tonight's conclusion and could find no way back into the match.

Day, edged out on the final pink by John Higgins on his only other Crucible appearance in 2004, looked composed and clinched his win with a fine 41 clearance, sinking a tricky black with the rest.

"I kept Joe under pressure and did what I had to," said the 26-year-old Welshman.

"Joe didn't play as well as he can, but I felt I had more to give and was really focused on getting the match finished."

Defending champion Shaun Murphy took a 6-2 lead over Steve Davis in their second-round match, which was a repeat of last year's quarter-final.

Murphy was a 13-4 winner when they met 12 months ago and it would be no surprise if that scoreline occurred again on the evidence of the first session, with the six-times former title holder struggling to find much fluency. 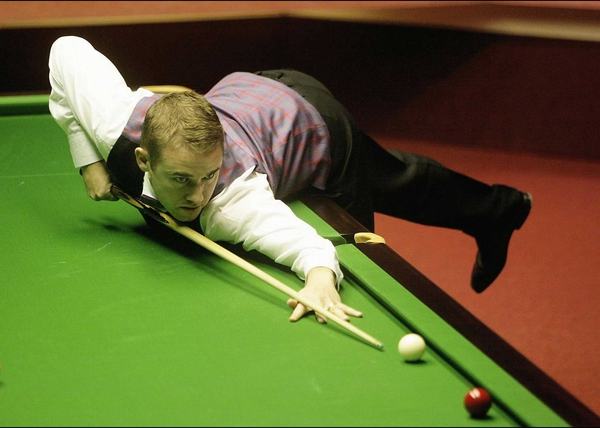