You have to go back seven games to find a match between Ireland and England that came down to one score.

And even Ireland's 13-9 victory in 2017, to end an 18-match winning run and a Grand Slam chance for England, tells a lie, such was the dominance of the home side in Dublin that day.

The statistic that in the entire history of the Six Nations the team losing at half-time in this fixture has never won the game just underscores the importance of a fast start.

That’s never easy for the visitors to Twickenham where Eddie Jones’ side are not only defending a record of 22 wins in their last 25 championship games, but also holding on to their title chances.

With an opening-round defeat to Scotland against their name, England need to beat Ireland then go to Paris next Saturday night and halt Les Bleus, who squeezed past Wales last night, 13-9. Jones has called the game a "semi-final".

Similarly, Andy Farrell’s men, with wins over Wales and Italy and a loss against France, need to beat England here for the first time since 2018 to stay in the race.

The Guinness Six Nations meeting here two years ago ended in a dispiriting 24-12 loss with Ireland crumbling under the sheer ferocity of the chariot, failing to get a shot off and looking "silly" at times, said Johnny Sexton, who returns to the line-up as one of six changes to the team that beat 13-man Italy 57-6 two weeks ago.

"We feel we’ve improved and we’ve that game and lots of other games that we’ve taken lessons from that hopefully we bank them and bring it to the weekend. 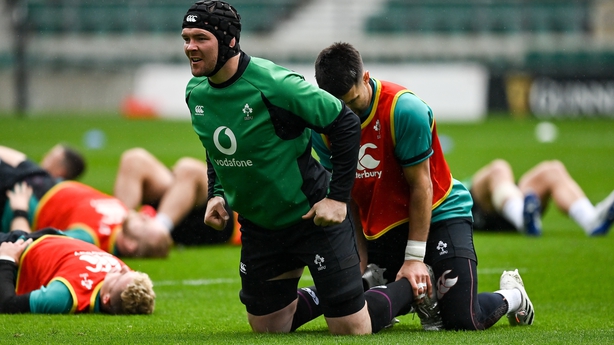 His sentiments are evident in how Ireland have performed over the last 12 months starting with the 32-18 win over a fancied England in the Aviva in the last game of the championship in 2021.

At that point, Farrell had been in charge for 13 games and the signs of a new identity under a new coach were hard to spot.

Players promised that it was only small details that had to be ironed out and the Keith Earls and Jack Conan-inspired win shed the team in a whole new light.

Despite playing the summer games without the Lions contingent and other senior players who were rested, the manner of the wins over New Zealand, Japan and Argentina in the autumn just underscored the new Ireland game plan. 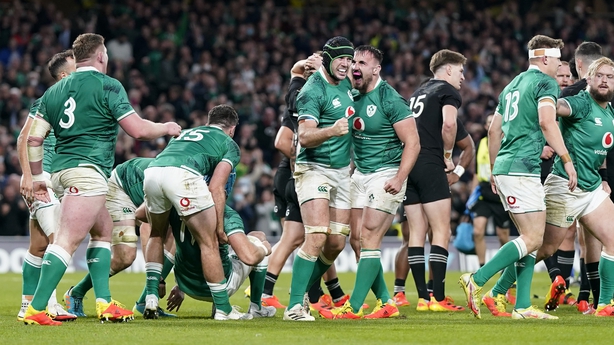 The loss of Andrew Porter and Rónan Kelleher to injury and the demotion of Conan to the bench will test the depth of the new strategy but it would be a mistake to change their core principles for this test.

The fine run of nine Test wins in a row ended away in France and claiming a rare success in London would really frank the progress made by the team, regardless of whether or not a title comes their way.

"It’s part of the journey, isn’t it?" said Farrell.

"It’s part of the next step for us as a team to making sure we go to places like this and be at our best."

While it’s important that Ireland respect what England can – but have failed to show over the championship so far – do, it would also be a mistake to afford them any more respect than is due. 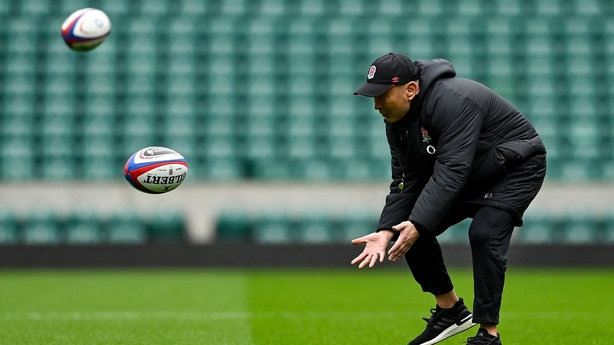 The teams are at different phases of their development, with Jones (above) having to do without the injured Owen Farrell and Manu Tuilagi.

Harry Randall, Freddie Steward, Marcus Smith and Alex Dombrandt are learning their international trade, with Jones always keeping at least one eye on a World Cup.

Randall and Smith, for example, have 12 caps between them and their half-back rivals, Jamison-Gibson-Park and Sexton have 118. 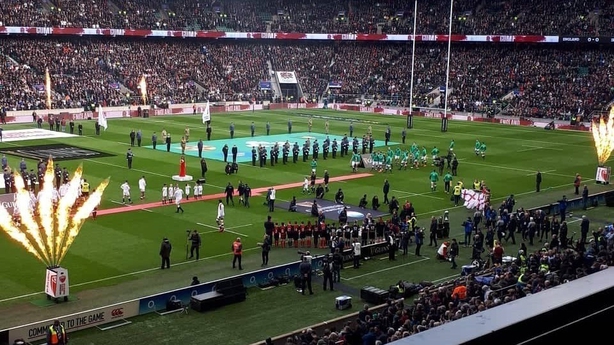 However, there’s the Twickenham factor to be taken into account. When England hit their straps at this venue and the crowd get going, it’s simply one of the most awesome spectacles in world rugby.

But it can also backfire and the sound of silence among the majority of 80,000 people is a wonderful thing to hear for the visiting team.

Jones, who has made three changes with Sam Simmonds, Jamie George and Joe Marchant coming in to the side that were unconvincing 23-19 winners over Wales, has been his usual freestyling self this week in the media, much to the "intrigue" of Farrell.

The Aussie says Ireland are "red hot favourites" (two-point favourites, as it happens) but England "play with a physicality they haven't seen before".

England’s average weight in the pack today comes in at 112.1kg, with Ireland over 2kg per man lighter at 110kg.

The home side’s advantage there will only go up if Maro Itoje, who was ill on Friday, is replaced by Joe Launchbury.

However, the Saracens man, joint top of the breakdown steal chart with four, would be a massive loss given his influence on English wins over the last few meetings.

Along with Sexton, who this week confirmed he would finish his career after the 2023 World Cup, Farrell has restored Hugo Keenan, Andrew Conway and Bundee Aki to the backs and put Cian Healy in in Porter’s place.

Robbie Henshaw must do with a spot on the bench this time but it must have been as close a call as Farrell has had to make, given the big-game nature of the Leinster man.

But Farrell knows what he’s doing and has a plan. Sticking with that plan in the cauldron today is crucial.

"We need to make sure that we get out of the blocks," said John Fogarty, scrum coach, yesterday.

"If there's going to be purple patches, how we collectively react in those moments is very, very important.

"It's acknowledging they're having a purple patch and plotting out the next steps to get us back on track, and actively as a group going back to that.

"It's very important that we're sticking to our plan. I think there's a huge belief in what we can do in the game, there's real clarity in our minds.

"I think it's the calmness now to be able to execute the plan and calmness to execute that plan when there's moments in the game when you're not going so well."

On paper, and on form, this Ireland team is better than England. They need to go out and play like they know that.