Counting the defeat to France at the back end of the delayed 2020 campaign, it is three championship losses on the bounce for the team, who have two points after two rounds.

Injury and suspension forced Farrell to change up his side for the visit of France, who ran out 15-13 winners in the Aviva today.

Realistically out of contention, there will be calls for personnel changes ahead of the meeting with Italy, on a 29-game Six Nations losing streak, in two weeks’ time. 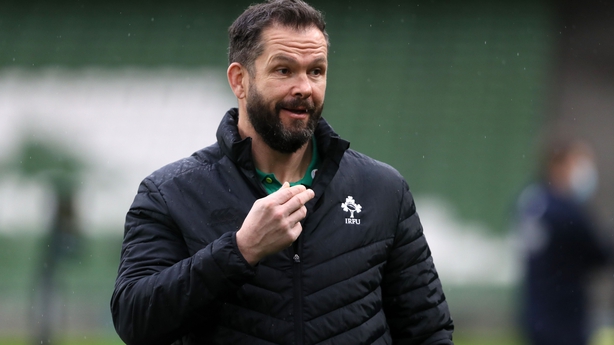 Asked if he can look at the remaining fixtures, against the Azzurri, Scotland and England, in a different light, Farrell told RTÉ Sport: "Our approach, our attitude doesn’t change.

"We’ll see how close we are now because we’ll show our true character, won’t we, because it’s about finishing.

"We are not even halfway through. It’s about making sure these next three games we are at our best and that approach doesn’t change no matter what."

On the same subject, centre Robbie Henshaw said: "I think we have to have a look and see where we stand.

"I haven’t seen the table but for us we need to go out and attack every game and play rugby and have a go every time.

"It’s a massive challenge for us so we’ll talk about it in detail next week. There will be a plan in place. We’ll just have to dust ourselves off and attack what’s coming next and make sure we are better in our performance."

Much like in the defeat to Wales last Sunday, Ireland were ahead on many of the statistics and were once again left to rue a missed opportunity against Fabien Galthie’s tournament favourites. 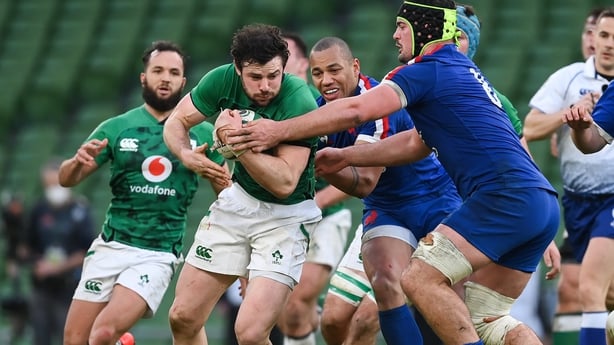 Farrell added: "A couple of days ago people were writing us off, we never wrote ourselves off but it's one that's slipped away from us in the end.

"We'll rue a few decisions that we made... I thought we managed the first half pretty well, I thought the third quarter (of the half) we just lost our way a little bit in terms of game management and I suppose that got them back in the game.

"There was a lot of lads with their work-rate and putting their bodies on the line for their country but at the same time Test matches are there to be won, especially at home and we rue a few decisions that we made when some chances came our way.

"We had one glaring opportunity [James Lowe’s disallowed try] that if we carry the ball another five metres and square up, we probably get that five-pointer and I think it would be a drawn game going in at half-time so it's fine margins.

"You get seldom opportunities in big games like this, especially against a side of the quality of France. You've got to take your opportunities when you can. That's what they did." 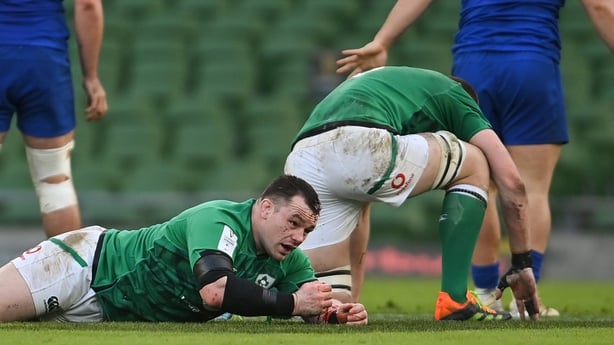 Captain Iain Henderson also spoke to reporters after the game. The Ulster lock underwent a head injury assessment at the start of the second half and said he "completed two HIAs so far and passed them both."

Once again, defeat was down to the small margins, he said, and pinpointed Ireland’s inability to capitalise when France were playing with 14 men between the 24th and 34th minutes when Les Bleus actually scored a converted try.

"Probably last week we didn't have the opportunities when we went a man down," said the 29-year-old.

"It was probably the reverse last week actually. We have to capitalise on their yellow card.

"Instead of letting them get points, we have to get points in that area, even if it's a penalty.

"We're definitely seeing progress, everyone is striving for it, everyone is working really hard. There's a huge amount of frustration.

"We're definitely seeing guys put in the time, everyone is trying their best to produce this progress on the pitch but it's that last couple of inches, that last wee bit that we just need to push over the line. 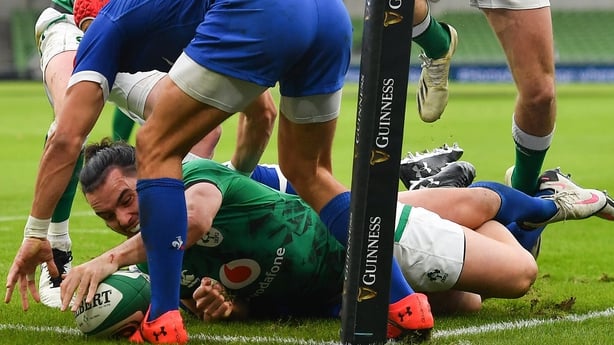 "Speaking in terms of rugby, you get up into the opposition 22 and it's those last couple of metres that are actually extremely difficult to get. We're working hard and no one is going to give up, whether it's our coaching staff or players, we will continually push to get this.

"We've had two games in these last couple of weeks and both of them, I think, could very, very much have gone the other way and we'd be sitting here with a completely different mentality. 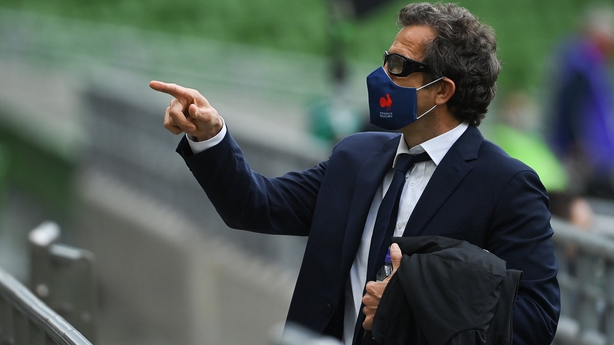 Galthie, who led France to a first win in Dublin in 10 years, was emotional following the match, with his side on course for a Grand Slam.

"On this Valentine's Day, I hope all the lovers of sport and rugby enjoyed that," he said.

"That’s the first takeaway. Also, to all the children who can’t go the stadiums we tried to give them joy and emotion.

"The match was difficult, we expected that. At one moment we felt we could have made it easier but they’re a team who gave up nothing until the end.

"We came to win the game and prepared for the game in that manner and we have won it and achieved our objective and will return to Paris with a victory and, yes, you are correct, it is is a long time since we won here in Dublin.

"I was full of emotion as a win always brings that and even more so when there are no spectators in the stadium so it is important to transmit how much a win like this means to us and the country in tough times." 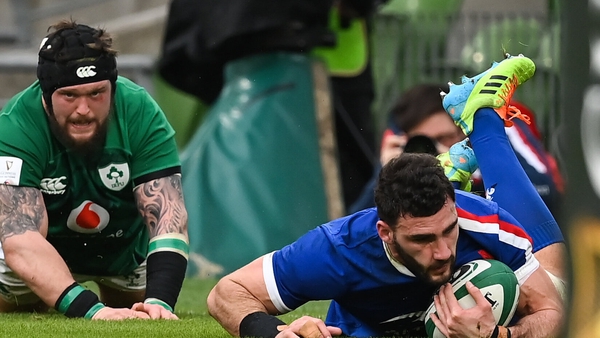