In advance of all Tests these days you hear the usual soundbites about respecting the opposition; they come with warnings that catastrophe awaits those who dare to take their foe for granted.

There was plenty of that talk ahead of the Italy match but so poor were the Azzurri that if had Ireland taken to the pitch in clown suits it wouldn’t have made a difference.

Italy played like an average Pro12 team and Ireland, needing to prove a point, duly put them to the sword, running in nine tries.

And despite Scotland having an atrocious record in Dublin – they’ve won just once in the Six Nations era and you have to go back to 1998 for their last win at Lansdowne Road – Ireland and Joe Schmidt will in no way underestimate the threat posed this weekend.

It’s hard to recall a recent game between the two where Ireland didn’t go in as favourites.

But on three memorable occasions that the Dark Blues upset the odds there was a general feeling before the games that all Ireland had to do was turn up.

It would be more than astonishing if Schmidt allowed the sort of misplaced confidence that led to Ireland’s downfall in 2001, 2010 and 2013 to creep into this team. 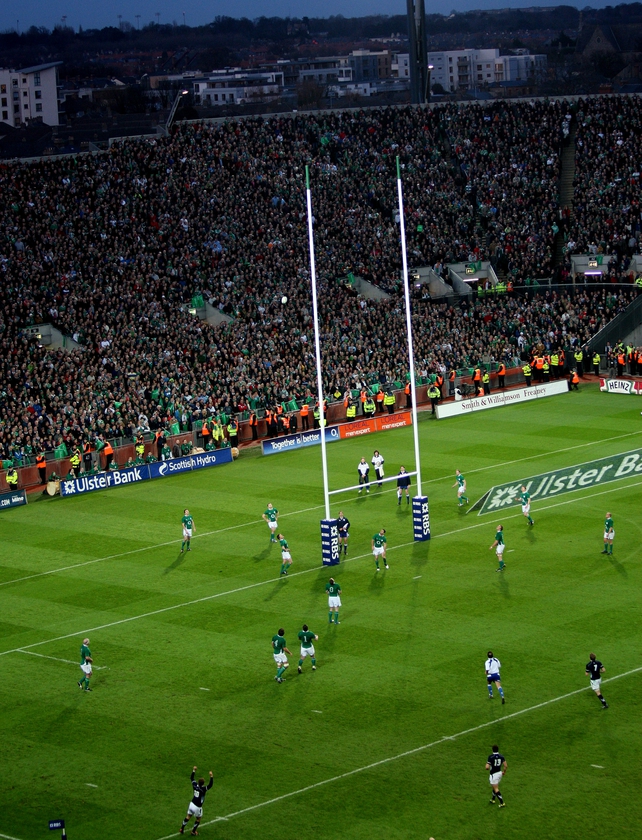 And while Italy flattered to deceive against France, Scotland scored three tries in Rome because Jacques Brunel’s side are in a poor state of repair.

Similarly France, who Scotland beat last week for the first time in 10 years, are at the beginning of a four-year cycle and, to be fair to them, are rubbish at this stage.

That Scotland were good value for those wins is notable but they will meet a much slicker package on Saturday.

True they have some of the form players of the competition in Stuart Hogg and Tommy Seymour but those backs have been given room to impress. That space won’t come so easily in Dublin.

A third win for Scotland will hand them their best finish in 10 years and they have a lot going their way.

Coach Vern Cotter, who worked with Schmidt with Bay of Plenty and Clermont, has been given the time and space to develop his side and it is beginning to show.

There is a sense that the New Zealander is building this team, who came closest of the Six Nations teams to a World Cup semi-final, block by block.

“The challenge for us now is to keep constructing our game,” is how he puts it.

Still Ireland must be wary and be able to find an extra incentive to match the Scots for hunger.

While last year they went to Murrayfield looking for a trophy, this year the prize is a possible third-place finish – not exactly an adrenaline fill-up.

They may need help from a boisterous Saturday crowd and the fear of a bollocking from Schmidt but if they fail to neutralise the visitors' desire, they’ll find themselves in trouble. 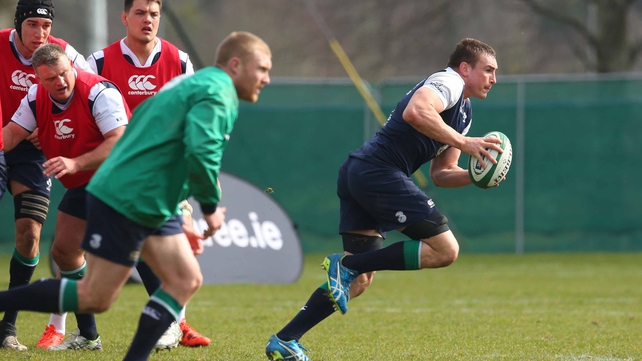 The Ireland coach reckons that Josh van der Flier, 22,  has given his all since his debut in Twickenham and brings back Tommy O’Donnell (above), mindful of the attritional warfare that the Scots never fail to engage in.

"It's bumps and bruises, he's involved himself a lot, his contact work has been high so we just felt it was pertinent to give him a rest and give Tommy an opportunity,” Schmidt said at the team announcement.

That’s the only change to the XV meaning that CJ Stander, who has been Ireland’s player of the tournament so far, has the fewest number of caps (four) in the starting team, but he looks like he’s been there forever.

Ryan Wilson gets the nod at number eight in place of Josh Strauss.

Not being in the mix for silverware this year may turn out to be a blessing for Ireland in the long term.

Building strength in depth is a three or four-year project and with Sean O’Brien, Peter O’Mahony, Iain Henderson and Chris Henry all to return, the next time one of them is unavailable Ireland will be able to call on a number of young players with Test-match experience.

Scotland are capable of beating Ireland but to do so must catch the hosts off-guard. Ireland know what’s coming and have the personnel to deal with it.

The Scots are improving but, with just a six-day turnaround, are unlikely to be able to absorb the loss of two key players in an away tie against a buoyed up Ireland.

Joe Schmidt: "If we can get that top-half finish I'd be very happy that we've worked our way through a pretty challenging time."

Vern Cotter: "We're not thinking about the rankings - just about the game. We haven't got much time to get ready and it will be what it will be after 80 minutes." 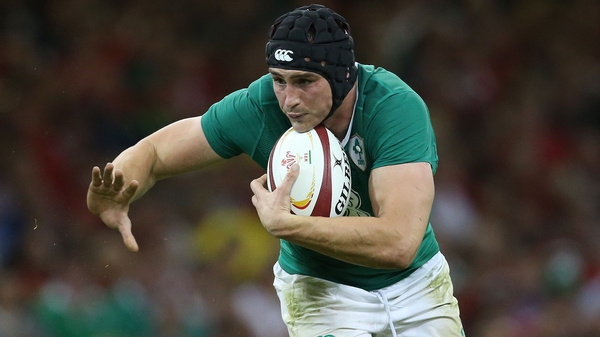 Tommy O'Donnell returns to Ireland side to face Scotland