Tommy O’Donnell will start for Ireland against Scotland as Joe Schmidt opts to make just one change to the side that beat Italy.

The Munster flanker comes in for Josh van der Flier with the Leinster man, who made his debut against England at Twickenham, dropping out of the match-day squad, with boss Joe Schmidt mindful of countering Scotland's impressive breakdown work.

Rory Best has won his fitness battle to captain Ireland for the 5pm kick-off.

The Ulster hooker has shaken off a calf niggle in time for the final Six Nations battle, with Ireland aiming to salvage a third-place finish from a frustrating, injury-hit campaign.

Simon Zebo starts at full-back as expected with Rob Kearney again sidelined with hamstring trouble, while Keith Earls will win his 50th cap on the left wing.

Defending champions Ireland surrendered their title by drawing with Wales and losing in France and England, so are now bidding to finish with something of a flourish.

Best's recover from calf trouble should ensure a steady scrum, though Ireland are sufficiently concerned about Scotland's set-piece to select big-scrummaging Richardt Strauss on the bench ahead of Sean Cronin.

Ireland are desperate to end their campaign with a second victory, however, leaving head coach Schmidt refusing to take any chances, and restoring 28-year-old O'Donnell to his starting back-row cordon.

Connacht's talented 22-year-old lock Ultan Dillane has another chance to impress off the bench, while fit-again Cian Healy and Eoin Reddan are restored to the replacements after missing last weekend's rout of Italy.

Ireland boss Schmidt admitted Van der Flier would have been fit for selection, but was carrying several minor injury complaints.

Munster flanker O'Donnell missed the World Cup with a dislocated hip, but has battled back to full fitness and form, and now Schmidt believes he can make a big impact this weekend.

"Josh has shipped a couple of knocks in the last two games, and he got a bump in training on Monday," said Schmidt.

"I think they've been pretty attritional for Josh going back to back in his first two Test matches.

"He would be fit to play but at the same time is carrying a few knocks. Conversely Tommy has trained incredibly well.

"He hasn't had the luckiest of preparations with us in previous times.

"And we're looking forward to contributing a really athletic, combative performance this weekend.

"It's bumps and bruises, he's involved himself a lot, his contact work has been high so we just felt it was pertinent to give him a rest and give Tommy an opportunity.

"We've tried to balance opportunity with continuity across the course of the Six Nations and we hope that will bear fruit in future.

"Rory Best trained fully today too, and showed no ill effects of the tight calf that he had on Monday." 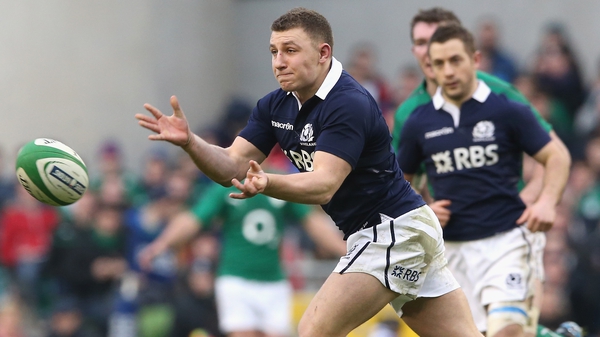