Elliot Daly is set to make his England debut against Ireland on Saturday after being named in Eddie Jones' squad for the Twickenham showdown (4.50pm).

The uncapped Wasps centre is making his first appearance in the match-day 23 after Ollie Devoto was ruled out of the third round of the Championship with concussion.

"Elliot Daly has impressed in training and is now ready to be part of the 23," head coach Jones said.

Meanwhile, James Haskell insists the humility of "chosen one" Maro Itoje will prevent him from having his head turned by his growing band of admirers.

Itoje made an impressive England debut in the 40-9 RBS 6 Nations victory over Italy in Rome, stepping off the bench to deliver a forceful second-half cameo that has strengthened his claim to a place in the starting XV. 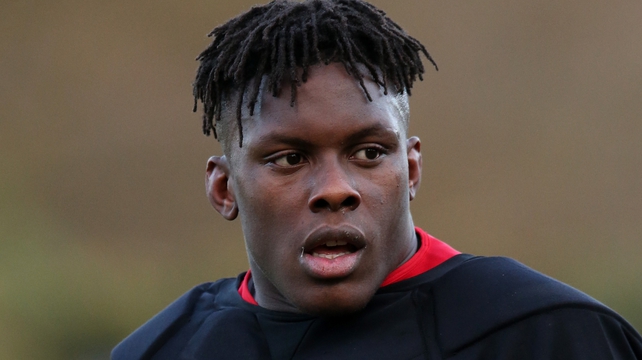 The 21-year-old, who came on at blindside flanker but has played most of his senior rugby in the second row, has been tipped by Jones to be an international for years to come, but his team-mates are helping him stay level-headed.

"At the moment he is riding that wave so we will obviously give him banter about being the 'chosen one' and 'people's favourite' etc, etc," Haskell said.

"He has got more champagne than the whole of France for his man of the matches but we don't have to worry about that kind of ego thing.

"We do give people banter - anything that is different, any time you are talked up, you are always tying to keep you on task.

"But he is a bloke that you don't have to worry about because he is very humble, very quiet and he works very hard.

"The one thing about Maro, he doesn't have an ego at all, which is great. We are fully aware of when the media or when people latch onto a player and bang the drum.

"We have all been there at one point. One minute you are flavour of the month, next minute you are persona non grata and should be thrown into a skip and never seen again.

"Maro's a great player. He's a bit of a double-edged guy - he's quite quiet normally but he's quite loud on the field. He's trained extremely well.

"He's very strong, very physical. I thought when he got his opportunity against Italy he came on and went well.

"The thing with Test rugby is that it is very difficult to come in and be unbelievably sensational because it is a step up - that very rarely happens.

"His exposure against Italy was just as the Italians were dipping down so he was able to show his strength and get a couple of good turnovers with the physicality he has.

"I've every confidence he will feature a lot. I don't know when but he is certainly up there to be able to play."

Haskell was once considered among England's brightest prospects, hailed as the new Lawrence Dallaglio, and is familiar with the peaks and troughs that accompany a Test career.

He has been restored to the back row under Jones, who sees him a short to medium term solution at openside, but doubts have been raised outside the camp over his suitability for the number seven jersey.

After 64 caps, the 30-year-old knows how to deal with criticism that has also been directed at his willingness to publish selfies on social media.

"I have asked the kit man if he can get me a shirt with 6 and a half or seven minus five, if that is possible," Haskell said.

"If I worried about what people were thinking, all the different opinions, I wouldn't leave the house.

"I am not worried about that stuff. People have all sorts of opinions, but it is only when they haven't met me.

"Even when they do meet me, most of them hate me. But you have got to roll with it.

"I don't like getting written off. It kind of inspires me to come back. But otherwise, I am all right." 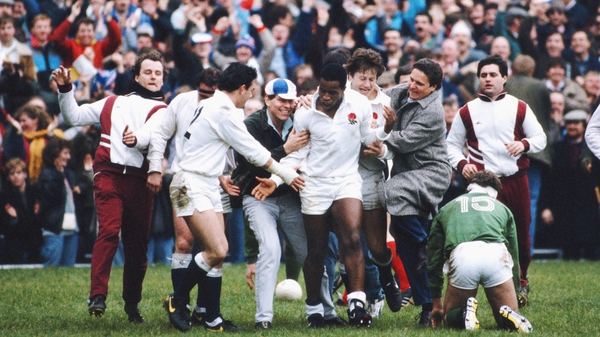