Dave Foley, Jordi Murphy and Craig Gilroy have been drafted into Ireland's battered and bruised panel for Saturday's RBS 6 Nations trip to Twickenham.

Ireland coach Joe Schmidt has called on the trio to replace Mike McCarthy, Sean O'Brien and Dave Kearney - all casualties of the punishing defeat to France in Paris.

Cian Healy and Mike Ross return to the squad after proving their fitness, while Tadgh Furlong and Rob Herring are both suffering with thigh muscle injuries so will stay with Leinster and Ulster respectively to rehabilitate.

Munster lock Foley - who last played for Ireland in the 2014 autumn win against Australia - suffered the frustration of defeat in Kilmarnock last Friday night against Glasgow Warriors.

Gilroy scored a brilliant try for Ulster in their 21-20 defeat to Scarlets on Sunday, while flanker Murphy was sent to the sin-bin in Leinster's narrow win in Cardiff.

Fit-again props Healy and Ross are in poised to give Ireland's creaking scrum a very welcome boost. The Leinster front-rowers came through the 14-13 victory against the Blues on Saturday unscathed, and are now set for their first outings in this term's Six Nations.

"Cian Healy and Mike Ross return to the squad after proving their fitness," the IRFU confirmed in a statement. 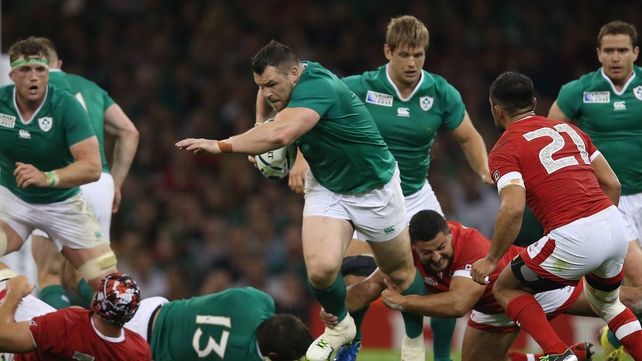 Johnny Sexton has been named in Schmidt's training squad as anticipated, despite turning his ankle in last week's open training session.

Centre Jared Payne sat out training today due to a troublesome hamstring but Simon Zebo (knee) and Keith Earls (concussion) have recovered from the injuries that kept them out of the squad that faced France.

Scrum deficiencies cost Ireland dear as France eked out a 10-9 victory in Paris last time out. Powerful loose-head prop Healy has now fully recovered from knee surgery, while stalwart tight-head Ross is over his hamstring complaint.

Schmidt had considered pitching both trusted lieutenants back into action against France, but eventually decided against the risk.

Jack McGrath has battled manfully at loose-head over Ireland's opening two rounds, but Schmidt can expect to see his scrum shored up by the extra resources of Healy and Ross.

McCarthy has been sent for extra tests with specialists and could be stood down until next term, with Ireland taking no chances over his head injury.

Connacht lock Ultan Dillane could now be in line to win his first cap this weekend. The 22-year-old would compete with Foley for a seat on the bench if Schmidt opts to pair Donnacha Ryan with Devin Toner in the starting line-up.

England coach Eddie Jones has summoned Luther Burrell into his panel to replace the concussed Ollie Devoto, but otherwise goes for the same personnel that beat Italy in Rome. 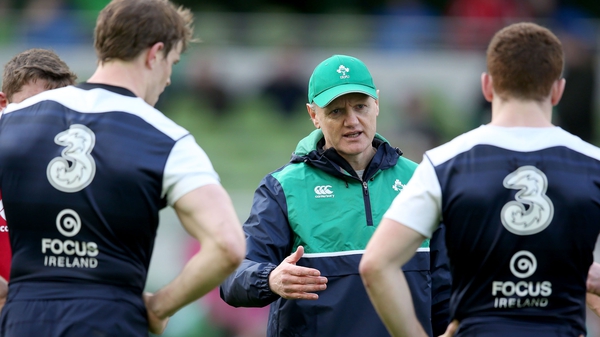