For generations of Irish fans the ‘France away’ fixture held little prospect of a victory. A nice glass of wine at the post-match meal was the only saving grace.

After a famous win in 1972, Ireland had to wait until the Denis Hickie-inspired comeback of 2000 to taste success in Paris.

That aberration apart, the visitors were occasionally pipped at the post, but usually well beaten.

It must have been extremely hard for generations of internationals not to pack their bags with a heavy heart.

But today’s younger fans must be wondering what all the fuss is about.

Ireland’s recent record against the French – they look for their fourth win in a row today – is their best since 1924-1928 when they managed six victories on the bounce.

Freshest in the memory is the ferocious battle of attrition in Cardiff during the World Cup, a victory that came at the cost of Paul O’Connell’s rugby career and Johnny Sexton’s tournament.

Ireland ground out an 18-11 win in Dublin this time last year, and secured the 2014 title with a 22-20 win in Stade de France, Brian O’Driscoll’s last game in an Ireland shirt.

Ireland, admittedly, had been getting closer under Declan Kidney with two draws (2012, 2013) preceding those wins.

A new-look France side, with Toulouse mastermind Guy Noves taking charge, are finding their feet and the back-to-back champions must have a gut feeling that if they can hit their stride, and keep Sexton on the pitch, the game is theirs to lose.

Ireland were without, arguably, eight starters against Wales and got off to a flyer, leading 13-0 after 27 minutes.

They got credit for this but even more impressive was the resistance to a Welsh comeback when the adrenaline levels had returned to somewhere near normal, the fatigue kicked in and Warren Gatland’s slow starters woke up.

One might have expected the experience of the visitors to come to the fore but Ireland restricted them to a long-range drop-goal attempt, for what would have been a winning score, and had the warrior disposition of Sexton to thank for the draw.

The so-called stand-ins, that head coach Joe Schmidt feared were "a little bit vulnerable", stood up and were counted.

France, on the other hand, would have been beaten if even the spirit of Diego Dominguez had infected any of the Italy kickers on the day.

A home defeat to Jacques Brunel’s men would have been a disaster for Noves but now he has something he can build on as he tries to push the hammering received from New Zealand at the World Cup further from the memory bank.

French sides have often been accused of lacking spirit but this one must be commended for getting the 23-21 win having been eight points down with 20 minutes to play.

Noves says he wants to get France back playing an expansive game and there will be a contrast in style this afternoon – Les Bleus made 20 offloads at the weekend; Ireland made two.

Schmidt has lamented the short turnaround for his side, which shows three changes to the one that faced Wales.

“It’s actually half an hour less than a six-day turnaround,” he characteristically pointed out to RTÉ Sport.

That and the fact that they must travel to France, Schmidt says, means that starters against Wales, Simon Zebo and Keith Earls, don’t make the cut after minor knocks.

In come Rob and Dave Kearney, while Sean O’Brien, outstanding in the RWC win over France, takes Tommy O’Donnell’s spot at wing forward.

In the forwards, props Eddy Ben Arous and Rabah Slimani drop to the bench as Noves goes for Jefferson Poirot and Uini Atonio either side of captain Guilhem Guirado, with second row Paul Jedresiak and injured back row Louis Picamoles making way as Alexandre Flanquart and Yacouba Camara come in.

Noves claims: "In modern rugby, there is no starter or replacements. It's more of a relay. It's not a sanction.”

Although Ireland didn't lose a scrum against Wales, the set-piece was under pressure and the “relay” of Slimani to the bench is perhaps the most surprising.

Bookmakers are struggling to separate the sides and a draw (yes, another one) wouldn't come as much of a surprise.

But that would realistically kill Ireland's chances of another title and once they can keep their starting XV on the field for as long as possible, it should be another rare away win in Paris.

"If they get their game right and if they open the game and you give them breathing space, they can just do some much damage so quickly.”

Guy Noves: "We've worked on our defensive organisation to try to counter the Irish.

"It will be a difficult match, we hope it will be tricky for Ireland too. We've prepared for this match by getting it into our heads that we have to show more power.

"I do not know if we will win this weekend - but we've had a good week."

Follow France v Ireland live from 1.30pm on RTÉ2 and RTÉ Radio 1 and via the live blog on RTÉ News Now and RTÉ.ie. 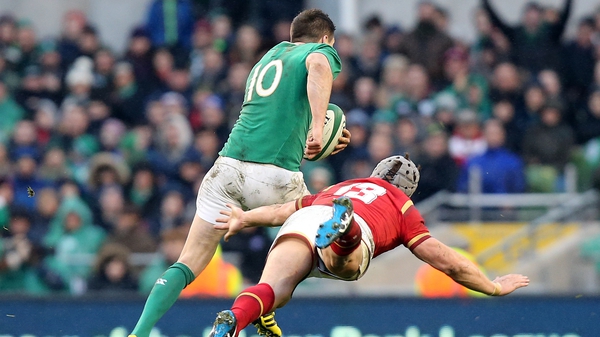