Ireland head coach Joe Schmidt has said Paul O'Connell possesses the technical knowledge and force of character to embark on a successful coaching career after his former captain was forced to hang up his boots on Tuesday.

The totemic lock's excruciating hamstring tear in the World Cup victory over France last October proved too serious to overcome as he exited the stage to a chorus of tributes from his peers.

O'Connell has said that coaching is something that interests him as he weighs up his next move, and Schmidt believes he has exactly what it takes to go down that road.

“With the intellectual property he holds, as a forwards and a breakdown specialist, I think he’s got a wealth of ability to contribute technically but also the character he is I think he'd be incredibly good in that team environment," Schmidt told Irish Rugby TV.

"For him that’s a segment of his life that definitely was his life along with his family because he committed everything he could to being the best rugby player he could be and inevitably he became the best leader he could be as well.

"It’s a loss for Irish rugby but at the same time it’s one of those things that is inevitable at some stage.

“Obviously there was a real disappointment he didn’t even get to contest the last segment of the World Cup. But he’s won everything else in rugby.

"He’s made an incredible contribution and the jersey he’s left behind is going to be incredibly difficult to fill."

Current captain Rory Best echoed Schmidt's sentiments as he paid tribute to the enduring legacy the Munster man leaves behind.

"Paulie has been a fabulous servant to Irish and Munster rugby for well over a decade now," said Best.

"The contribution he has made to Irish rugby is that when he first came in I think they were always capable of a big performance here and there.

"As an Irish fan back then and now as an Irish player now, there’s this confidence we can compete with anyone in the world. Paulie was one of the main drivers of that.

"Just because we come from a small island doesn’t mean we can't beat anybody. And that will be a massive part of Paulie’s legacy.

"There's no doubt if he decides to turn his hand to coaching it will be like everything else he’s done  in his life –he’ll be very successful at it." 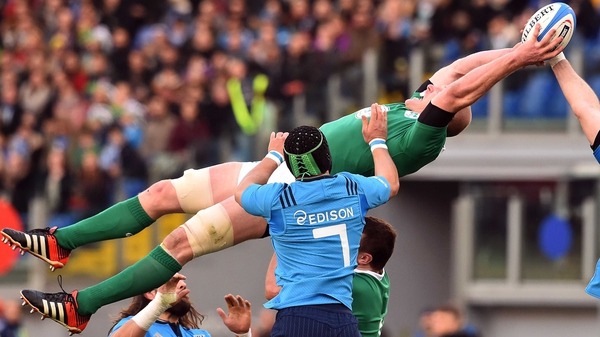