Paul O’Connell admitted the lure of coaching is likely to prove too strong to resist as he ponders life beyond the field of play.

The 36-year-old badly injured his hamstring in the World Cup win over France last October, but had been hoping to return to playing with French club Toulon in the new year.

He has had to admit defeat in that quest, announcing of his retirement on Tuesday to an outpouring of tributes from fellow players, coaches, and fans - and the inspirational lock is now plotting his next move.

“With a young family it’s a difficult job to do but it interests me. There’s certain roles in rugby that definitely interest me – you can’t be part of something for so long and not have a look at it.

“I’ve a number of things on the go. I’m doing a book at the moment, which I’ll probably have to start working very hard at now. I work with a few companies involved with Pinergy, which I must say has been great for me over the last few years, in terms of having a look over the fence at how the real world looks.

"Rugby is the first sport I’d love to have Paddy [his son] playing... there are great values to be learned in rugby."

“I’m involved with quite a few initiatives around Limerick, which I’ll probably take a bigger part in now as well.

"So yeah, I haven’t made any decisions but I’ve a few ideas of what I’d like to do and I’ll probably dip my toe in them over the next few months."

The former Ireland captain annexed three Six Nations titles - including that epic Grand Slam in 2009 - as well as two European Cups and three Celtic Leagues with Munster in a career pockmarked with titanic performances and heroic displays.

O'Connell consistently put his body on the line for club and country, but despite the eye watering physicality of rugby at the top level, he talked up the integrity of the sport - and shared his hope that O'Connell Junior can follow in his footsteps.

"There’s a lot of talk about rugby at the moment – for me rugby is the first sport I’d love to have Paddy [his son] playing. It’s up to him but I think there are great values to be learned in rugby. So yeah, I’d love him to play sports, but God only knows what they’ll end up doing.

"If I was successful in rugby I think it was because I was brought up here and came under the influence of all these people.

"I’m looking forward to the next chapter. I don’t know exactly what that’s going to be yet but that’s exciting as well.” 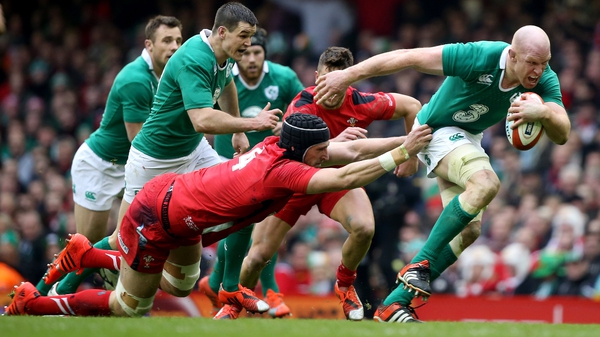