The IRFU has warned fans looking for tickets for the sold-out Ireland vs France Six Nations match on 14 February not to buy tickets from unofficial sellers after 144 tickets destined for Irish clubs were lost in transit.

The IRFU said it would now cancel and re-issue the tickets to clubs and said that anyone arriving at the Aviva Stadium with a cancelled ticket would not gain entry to the stadium.

"We first became alerted to it over the last couple of days," he said.

"The background to it is that last week Ticketmaster were distributing a large number of tickets to our clubs and over 80 packagers were sent through An Post via registered post.

“Of the 80 packages we found through contact with clubs that a number of clubs hadn’t received their tickets and from working with An Post we were able to identify that seven packages of tickets, a total of over 140 tickets have gone missing and are unaccounted for.

"We just want to warn people to be extra cautious if they are intending to buy a ticket from an unofficial channel. Obviously the best advice is to buy tickets from the official channels but with a sold out game we accept some people will look elsewhere."

For more listen to Game On, weeknights from 7pm on 2FM. 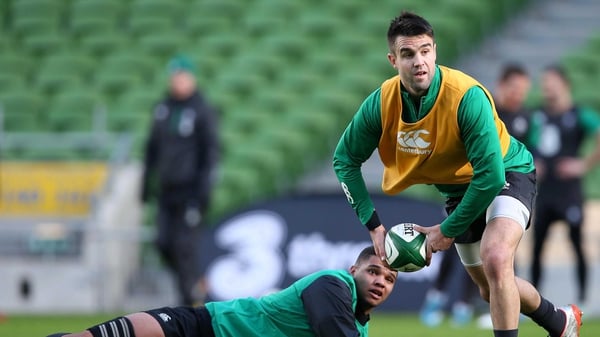