Peter O'Mahony has said he cannot imagine what it would be to cap the biggest week of his career by winning the Six Nations championship.

The fit-again Munster captain admits it is impossible to ignore the pressure ahead of Ireland's Six Nations title decider against France in Paris on Saturday.

"I don't think I could explain what it would mean, no," said O'Mahony. "In 2009 [when Ireland won the Grand Slam], we'd just come back from our own [under-20s] Six Nations game, and we watched the game at Ian Madigan's house.

"I remember I couldn't watch for the last kick, because it meant so much to everyone, so you definitely remember where you were for that one.”

O’Mahony said that this was the biggest week of his career, and that he would try to use the pressure as motivation for the game against France.

"Since you're small you want to play in games like this for trophies,” he said. “It's the reason the game is so great, to compete for these sorts of trophies.

"Then you've got to try to stay away from the pressure side of things, and not listen to any of the talk about it."

Ireland are confident of breaking their long-running Paris hoodoo as Brian O'Driscoll makes his 141st and final Test appearance.

O'Mahony said Ireland will hope routine and reason can help them shrug off the intimidation factor that always creates a daunting Paris atmosphere.

"It's just such a tough place to come and play," said O'Mahony. "The French are hugely passionate, and a hugely able team, and when they're at home they're even stronger again.

"It's a very intimidating place to come and play, it's one of the toughest stadiums to come and get a win. That's the main reason we've struggled.”

O’Mahony said the Irish team weren’t looking back at last weekend’s convincing win over Italy, and didn’t feel a sense of momentum building ahead of what he described a “cup final”.

"We haven't talked about us being special nor this game being anything other than what it is. It's a cup final for us: we've got to get our job roles right from the start tomorrow."

O'Driscoll and Ireland have fought desperately this week to fend off talk of the iconic centre ending his international career in fairytale style with a second Six Nations title. O'Mahony echoed the sentiment, but vowed not to let it unhinge Ireland's steely focus.

"It would be great for Brian, but I think everyone has enough to worry about, about their own jobs," he said. "It's such a big week for everyone, you have to make sure you've got your own things right.

"It is an important week for Brian obviously, and it would be great to help him finish on a high, but I've got to worry about myself, to be honest." 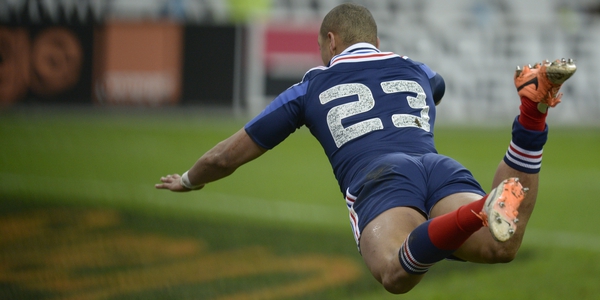