France's teenage centre Gael Fickou says he is proud to be starting his first Six Nations game opposite Ireland great Brian O'Driscoll, who will make his final appearance in a green shirt on Saturday in Paris.

Fickou, given his first start by coach Philippe Saint-Andre, having scored the winning try against England as a replacement earlier in the campaign, is one of the brightest hopes in French rugby and cannot wait to measure himself against O'Driscoll.

"I am very proud to be able to play against Brian O'Driscoll for his last game," Toulon's Fickou told the Six Nations website on Friday. "I have never faced him before, he will bring everything he has, and I'll try to match up."

O'Driscoll, regarded as one of the best play-making centres ever, will be marking his 141st test in Saturday's decider as Ireland seek the victory that would clinch the title barring an avalanche of England tries in Rome.

He scored a memorable hat-trick in 2000 to inspire Ireland to a 27-25 victory in Paris - their only success in 42 years in the French capital, which has been an unhappy hunting ground for the Irish.

Fickou says he cannot recall that match, but appreciates the qualities O'Driscoll has brought to the world stage.

"We'll see if the age difference works in my favour or his," he said. "He is such a symbol, he is a leader on the field.

"He has skills, he is a great defender, he has it all and can do anything! I don't think I should copy anyone in my learning process, but someone like O'Driscoll is undoubtedly a source of inspiration.

"I can only hope I'll be at his level in fourteen years."

While all eyes will be on the 35-year-old O'Driscoll as he draws the curtain on his great career, Fickou knows Saturday marks an important milestone in his.

"It is an important moment for me in my young career," he said. "It is yet another step in my progression, I am very happy but this is not an end, and there is a lot to be done.

"Starting is a good thing, performing is another. Playing in the Six Nations is a dream come true, but I need to keep working to have more and more game time, to start more often." 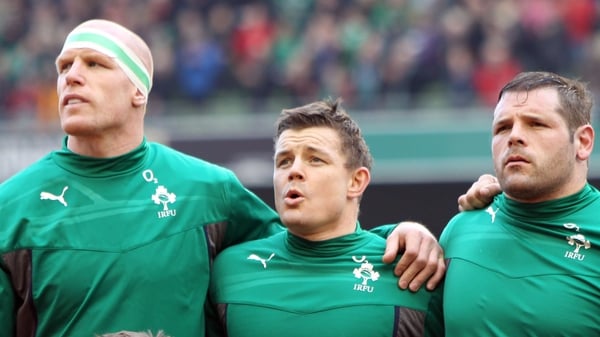